Someone please get them an avocado. 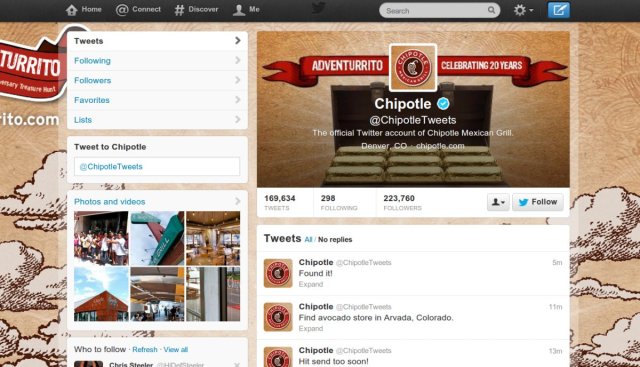 One of two things is going on right now with the official Chipotle Twitter account. It’s either being used by someone at Chipotle who doesn’t understand how Twitter works, or it’s been hacked by someone who doesn’t understand how hacking Twitter works. Either way, it’s bound to right itself eventually, so take a look while you can, and don’t worry — we have screen shots!

Mediaite’s Evan McMurry pointed out the shenanigans through his own Twitter account. We assume this means McMurry digs Mexican food:

.@ChipotleTweets has been hacked, apparently by a stoner who really wants an avocado.

Here’s the situation as it stands: 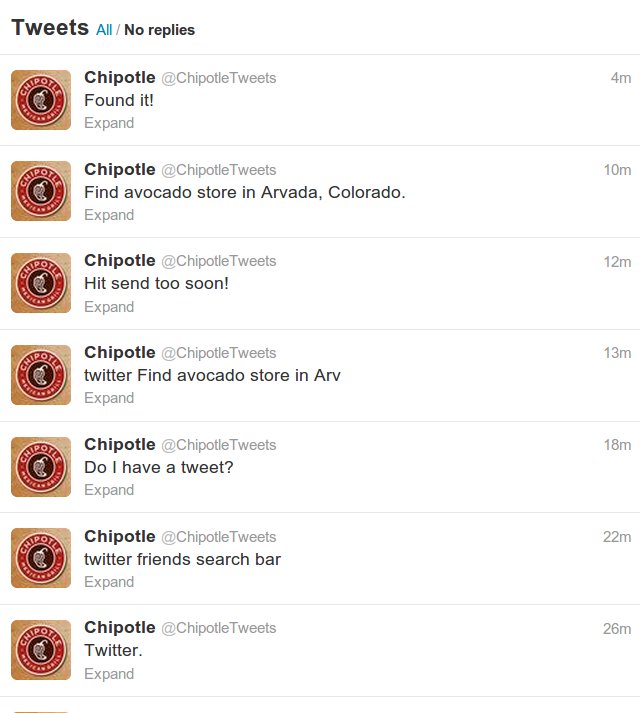 So there you go. We only know two things for sure: @ChipotleTweets is currently sending out a bunch of nonsense and now I really want a burrito.

Glad you found that avocado store. 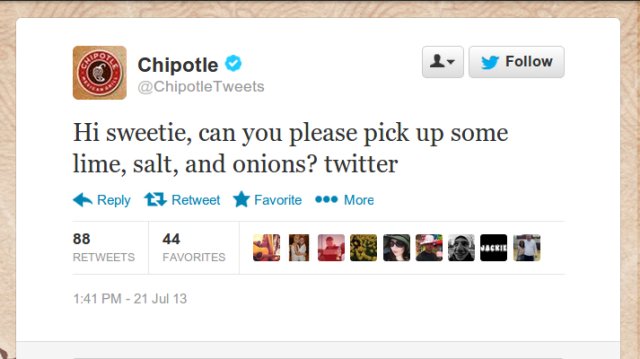 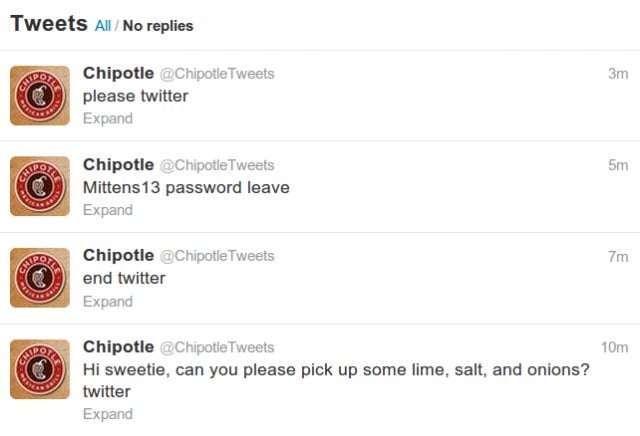 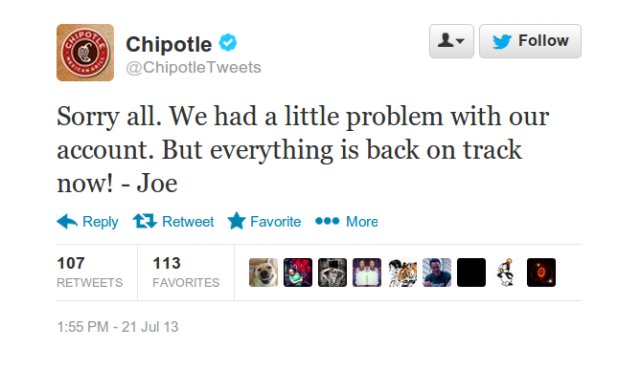