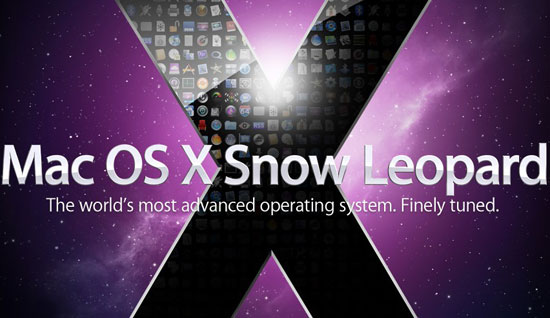 Just days after settling the iPAD case, Apple is back in the Chinese courts over a complaint from a company which makes toothpaste and deodorant. Inconveniently for Apple, this company is called “Xuebao,” or “Snow Leopard,” and has held a copyright for the name in China since 2000. I think you can see where this is going.

According to Chinese news sources, Xuebao is now suing Apple for copyright infringement over the “Snow Leopard” name. Despite Proview successfully extracting some $60 million from Apple over the “iPAD” name, Xuebao is only asking for the equivalent of $80,645 and an official apology from Apple. Depending on how cynical you are, the low figure reflects that Xuebao isn’t in it for the money (unlike Proview, which is mostly controlled by its numerous creditors at this point) or that Snow Leopard is an old enough property that they don’t believe they could extract a significant sum. Take your pick.

Interestingly, Xuebao does not own the copyright for “Snow Leopard,” just the Chinese word “雪豹.” Because this is a copyright case, one would assume that this gives Apple the advantage.

For those unaware, Snow Leopard was the name Apple gave to the sixth iteration of its popular OS X operating system. Though it brought little in the way of new features, Snow Leopard was completely retooled and optimized to run on modern Macintosh computers. Despite debuting in 2009, Snow Leopard has remained popular — especially with users who dislike the iOS integration beginning in 10.7 or Lion.

In the Proview case, the trouble arose because Apple believed it had legally purchased the rights to the iPad name in China through a Proview subsidiary in Taiwan. However, Apple applied for a Chinese patent on “Snow Leopard” in 2008 and was rejected. It’s not clear if they were informed of Xuebao’s existence, but Apple did proceed to roll out Snow Leopard in China the following year.

As Apple continues to expand its Chinese operations, more cases like this are bound to crop up — it’s just the cost of doing business on a global scale. However, it’s a bit odd that Xuebao has waited this long to go after the California computer manufacturer. Perhaps their motives will become clearer once the trial begins, reportedly slated for July 10th.

(DSQQ via MIC Gadget via Techmeme)