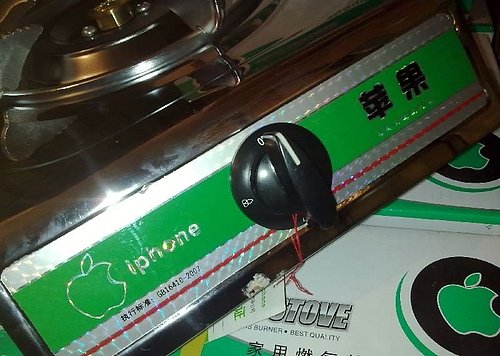 If you were anxiously awaiting the arrival of the Apple iPhone Stove you pre-ordered, I have some bad news; they were all confiscated by Chinese authorities. Wait, there are Apple iPhone Stoves? No, not real ones anyway. There are, however, 681 counterfeit iPhone stoves now sitting in Chinese custody. Obviously, they were confiscated for trademark infringement, which is a good thing I guess, but if someone in China seems to think they can get away with selling iPhone stoves, there are probably worse culprits out there.

In addition to having unauthorized branding, they were apparently not the best stoves either and lacked safety precautions to keep the pilot flame from going out. These crazy things did attempt to validate their existence, however, and came with certification labels claiming they were products of Apple China Limited. The officials were not fooled.

The stoves are probably bound for destruction or an eternity rotting in evidence, but man, would I love to get my hands on one, and I’m sure others feel the same. There’s just something attractive about such bald-faced trademark infringement. That and something hilarious about the phrase “iPhone Stove.” 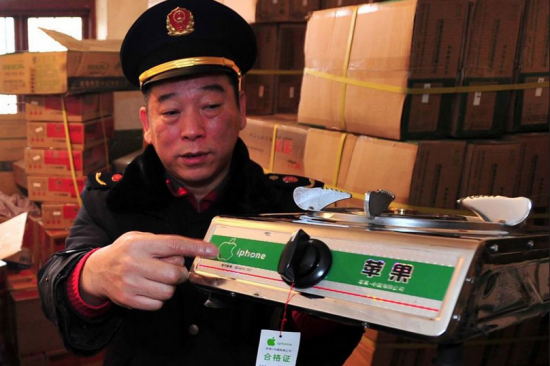