China Landed An Unmanned Spacecraft On The Moon, Which Is Pretty Cool

What did you do with your weekend? 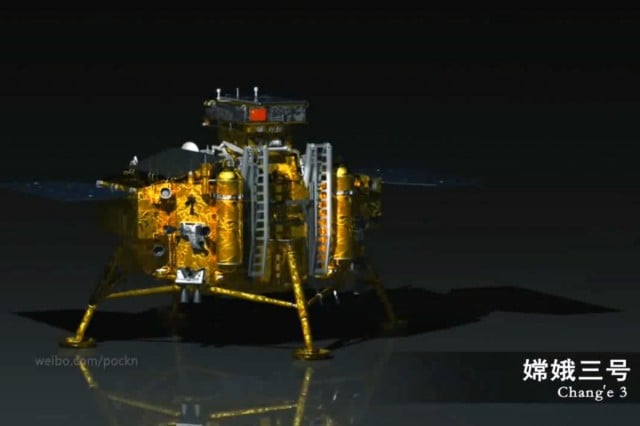 For the first time in almost forty years, an unmanned spacecraft has landed on the moon. This time, it is the Chinese behind the soft-landing, settling their Chang’e 3 probe onto lunar soil alongside similar landers from the US and Soviet Union.

Named after a lunar goddess, the Chang’e 3 carries a solar-powered buggy called “Yutu” – or “Jade Rabbit” – which will venture out across the lunar surface, carrying out geological surveys controlled by the Chinese with help from the ESA. Xinhua news reports that the Chang’e 3 landed in the Bay of Rainbows, an as-yet-unexplored area of the Moon with plenty of sunlight for buggy-power.

The Chang’e 3 landing is the first unmanned moon landing since 1976, and is part of China’s plans to expand their space-based projects, which include an experimental space laboratory, satellite system, and even a potential working space station.

Seriously, though, an “experimental space laboratory” sounds like the best office ever.

(via Reuters, image via Joel Raupe)