Tom Holland Shines in the First Trailer for Cherry

Tom Holland is going to get an Oscar nom, right? 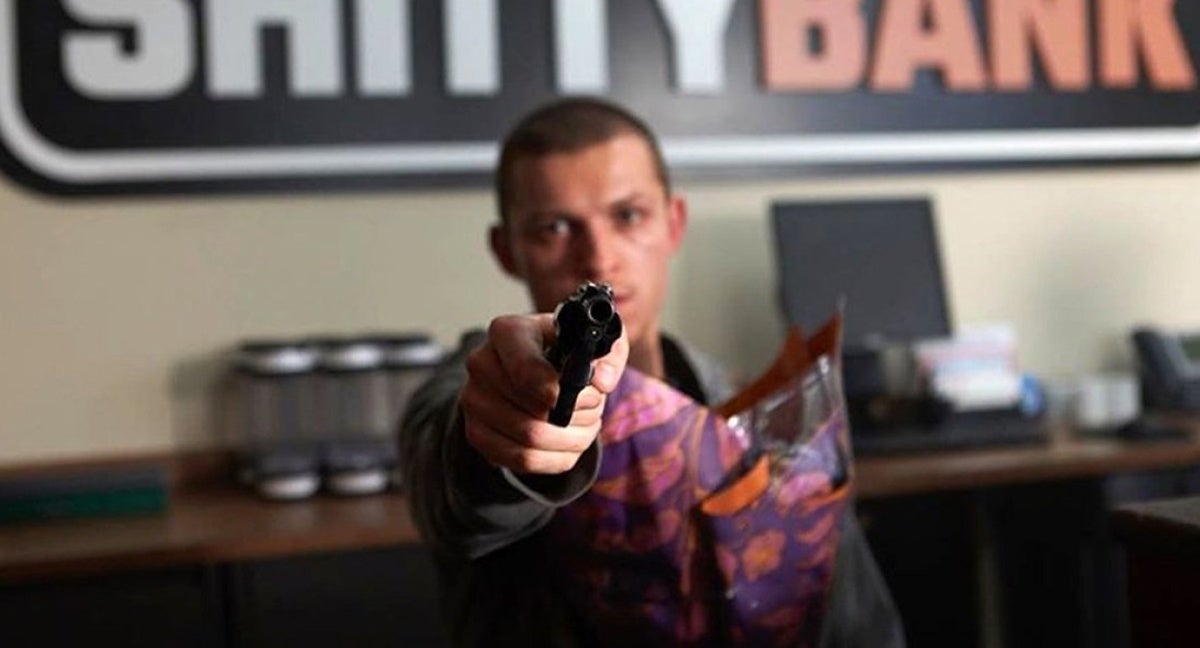 Fans of Tom Holland have been waiting for any news on his upcoming movie Cherry for a while, and the trailer is finally here. Based on the novel of the same name by Nico Walker, Cherry isn’t for the faint of heart. Cherry himself is an army vet who returns to his everyday life and must face his past. Lost in drug addition, he turns to a life of robbing banks to try to make ends meet.

Flashing back and forth between his life prior to joining and what leads to his life of robbing banks, the film seems to tackle much of Cherry’s life, and it’ll be interesting to see how it plays out on screen.

Cherry is a look into PTSD and addiction, and it isn’t something that younger fans of the Spider-Man star should take lightly. For many fans of Holland’s, this is another change in pace. The young actor has brought to life Peter Parker now since 2016, but that hasn’t stopped him from branching into other worlds. From The Devil All the Time to Uncharted, Holland is tackling a wide range of characters and genres, and the trailer for Cherry is another look into just how talented he is.

I, personally, am very excited. I’m currently reading the book and the voiceover from the trailer makes me feel as if they’re paying homage to the tone of the novel. Exploring mental health and post-traumatic stress disorder is never easy, and I’m interested to see how Holland and the Russo brothers tackle Nico Walker’s story.

Fans are already excited for the film and are sharing pictures of Tom Holland as Cherry.

i just think that tom holland in cherry pic.twitter.com/bzYJPkLbTT

Tom Holland is gonna get an oscar for Cherry and when it happens I’m gonna cry like a baby. I just know it.

The range Tom Holland is about to demonstrate in Cherry pic.twitter.com/IWvYgidc3r

tom holland is finally showing us exactly what he can do. i couldn’t be more excited, CHERRY LETS GO 🗣🍒pic.twitter.com/lydm8VYXIR

Cherry stars Tom Holland as Cherry, Ciara Bravo as Emily, Jack Reynor as Pills & Coke, and more. Cherry is one of those movies where I think people will realize that Tom Holland isn’t just Spider-Man. He’s an incredibly talented actor, and I hope this showcases that talent well.