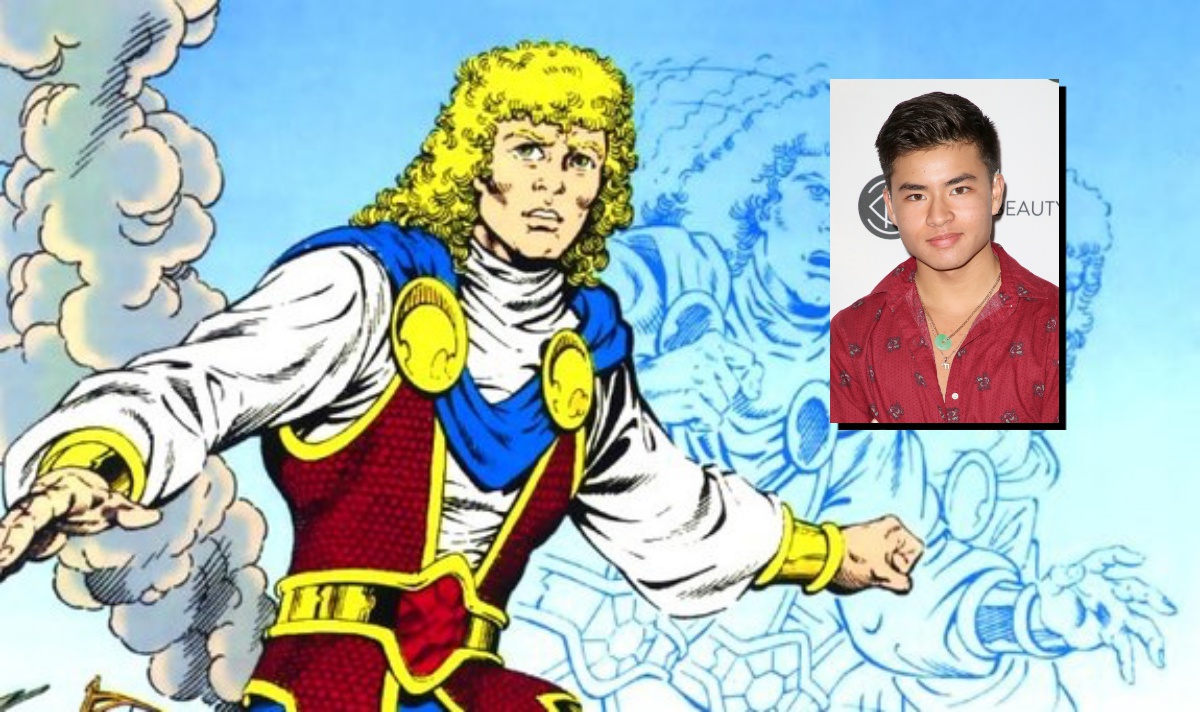 Despite its ups and downs, I think, when it comes to Titans, I fall into the “it wasn’t perfect, but I enjoyed it” camp, and I am certainly getting more and more intrigued with its casting choices. Most recently, its casting for Slade Wilson—a.k.a. Deathstroke the Terminator, a.k.a. Daddy—and his son, Joseph Wilson, a.k.a. Jerchio.

Playing Deathstroke is Esai Manuel Morales, Jr., the Brooklyn-born Puerto Rican actor whose credits include: NYPD Blue, How To Get Away With Murder, and Ozark. In the role of Jericho is Chella Man, a Jewish/Chinese-American actor who is deaf, genderqueer, and a queer artist/model. Both of these casting choices are amazing, not only because of the show making diverse choices, but it’s so rare that we see a person with disabilities play a character who has disabilities.

For those unfamiliar with the character of Jerchio, as he is probably less mainstream than his dear ol’ dad, he first appeared in Tales of the Teen Titans #43 (June 1984) as a creation of Marv Wolfman and George Pérez. He was the youngest son of Wilson, and his vocal cords were severed during a kidnapping. He communicates through sign language and has the power to possess people through eye contact.

In the DC Rebirth relaunch, he was modified to have a slightly “edgier” personality and was bisexual. I’d like to think the two aren’t connected, because being bisexual doesn’t seem edgy. It’s probably more an ode to the creators, who did originally want to make Jericho gay, but thought it would be too stereotypical for “the sensitive, artistic, and wide-eyed character with arguably effeminate features” to be gay.

This is character description for Jericho from the producers of Titans:

“Son of the infamous DC villain Deathstroke (played by Esai Morales), Joseph Wilson is the Titan known as Jericho. Mute after his father failed to rescue him from having his vocal cords severed by assassins, Jericho has the unique ability to possess anyone just by making eye contact. This gentle natured yet proud hero has proven himself a formidable Titan.”

I’m excited to see what Titans will do with Slade and Jericho. Both have been a part of epic storylines concerning the Titans, but at the same time, I’m worried of the show repeating the mistake of having too many pots on the burner at once. We already have Trigon, Superboy, Hawk and Dove stuff (I guess), and a bunch of other threads that a 10–13 episode series might get overwhelmed by.

Still, I have DC Universe, and I’m looking forward to seeing what comes next. If it does, as I suspect, end up leading to an adaptation of The Judas Contract, it’ll be interesting to see how they choose to tackle that messy narrative.

What do you guys thing of this casting? What are you looking forward to more of in season two of Titans?