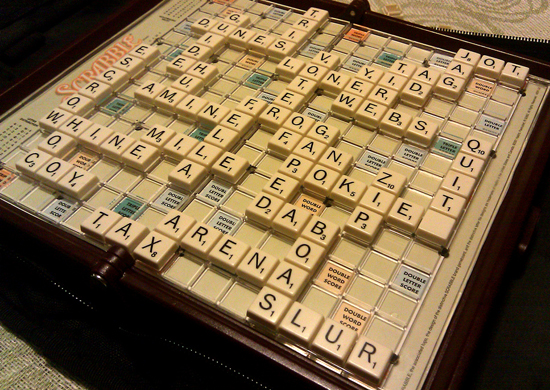 The cheating was caught by a neighboring player. The cheater, a male minor, tried to hide the blank tiles when resetting the board after his previous game. In what is surely one of the poorest known attempts at cheating, the ejected player simply dropped them on the floor. Blank tiles — which only count for 2% of the total tiles — function as wild cards and could therefore provide the proverbial word glue required to win the game.

These kind of shenanigans aren’t unknown in the Scrabble world. They just haven’t been noticed on the national level before. The Associated Press credits Williams with this unintentionally hilarious quote about the incident:

It does happen no matter what. People will try to do this[.] It’s the first time it’s happened in a venue this big though. It’s unfortunate. The Scrabble world is abuzz. The Internet is abuzz.

Yes, Mr. Williams. The Internet surely is abuzz. I guess I did write about it, after all.