While I find myself in heated arguments with many adults about the events in Charlottesville, my favorite take on the matter was created by a brilliant pre-teen. Out of the mouth (and pen) of babes comes wisdom and truth.

Trump’s endorsement of the white supremacist and Nazi hordes as containing some “very fine people” was mostly met with shock and dismay, like so:

Sometimes, when I can’t sleep, I imagine “very fine people” marching with torches & chanting, “Jews will not replace us,” to soothe myself.

Yet some people don’t seem to get it—or are unwilling to unpack the enormous repercussions of Trump’s statement. He is no longer dog-whistling at American racists so much as giving them a hall pass and a big ol’ thumbs-up. From the President of the United States.

I’ve seen too many folks rushing in to say that yeah, maybe Trump had a point, not everyone in the crowd that united under the call of the Naziest poster I’ve seen since my World War II propaganda class was there because they were part of a hate group. Some of them just really, really cared about the fate of Confederate statuary. Really, bro! 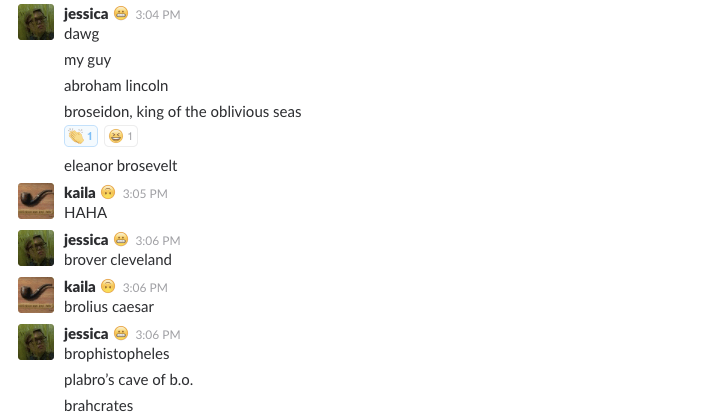 All I’m saying is that if you just really, really, really love Confederate history and take the time to defend statues of traitorous slaveholders, maybe try to do so on a day when the rest of the people with you aren’t heiling Hitler and wearing Nazi armbands. Then there won’t be this confusion.

Sasha saw right through Trump’s false equivalency Olympics and set him straight. And going forward, this should be the standard. Use intellect, humor, common sense, and subversive art to poke holes through Trump and his ilk’s thin skin. Be like Sasha.