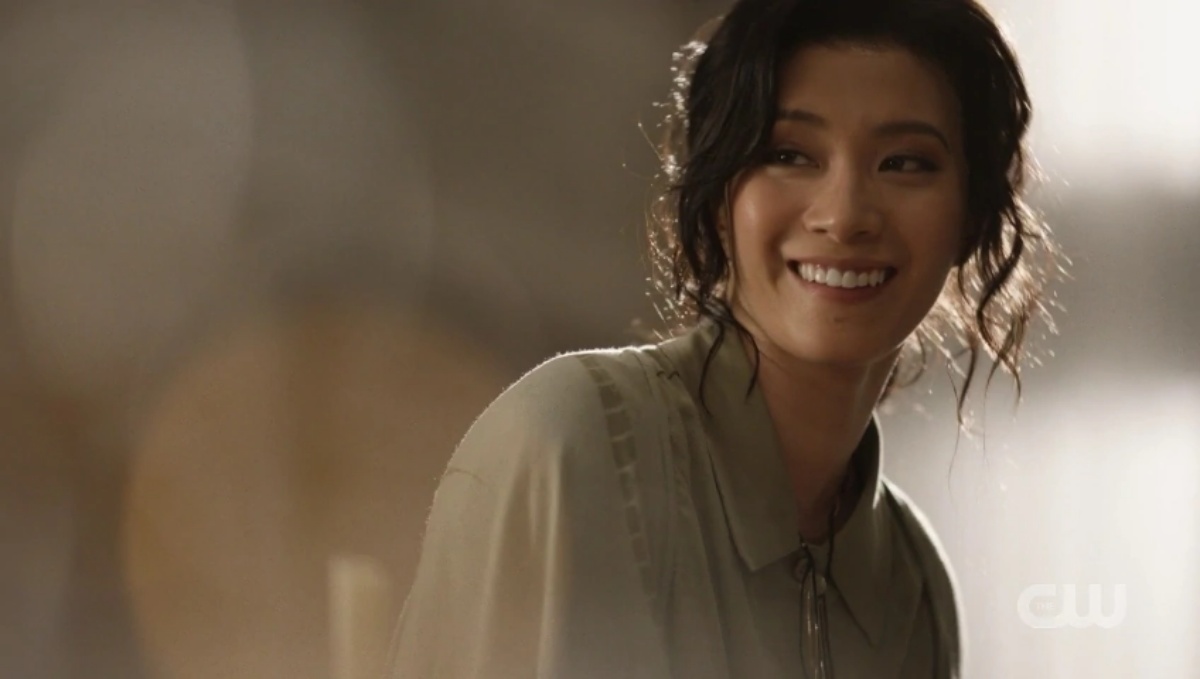 The gay agenda wins again! Chantal Thuy, who plays Grace Choi on The CW’s Black Lightning, has been promoted up to series regular. This better mean more kisses between her and Anissa (Nafessa Williams)!

“Chantal Thuy embodies the character of Grace Choi,” said Black Lightning showrunner Salim Akil. “I am sure our Black Lightning fans knew, especially those who follow the Grace and Anissa relationship storyline, that having Chantal join as a series regular was only a matter of time. I am elated to finally welcome her officially to the team.”

Grace Choi originally joined the DC canon during the 2000s in the Outsiders and was eventually revealed to be a descendant of Amazons, which accounted for her super-strength. While her origins have been changed from the comics to the show, Grace remains one of few prominent Asian characters in comics, so it’s amazing to have her present in the series.

“It is important for Asian Americans to also have a seat at the table and have our voices heard,” Thuy said in an interview with Deadline. “We are one of the fastest-growing racial groups in the United States, yet we are still greatly underrepresented when it comes to roles in television and film. It’s time for us to have visibility and be seen. For this reason, I feel even more so blessed to be portraying a queer Asian superhero on a show with such a historic debut for television representation.”