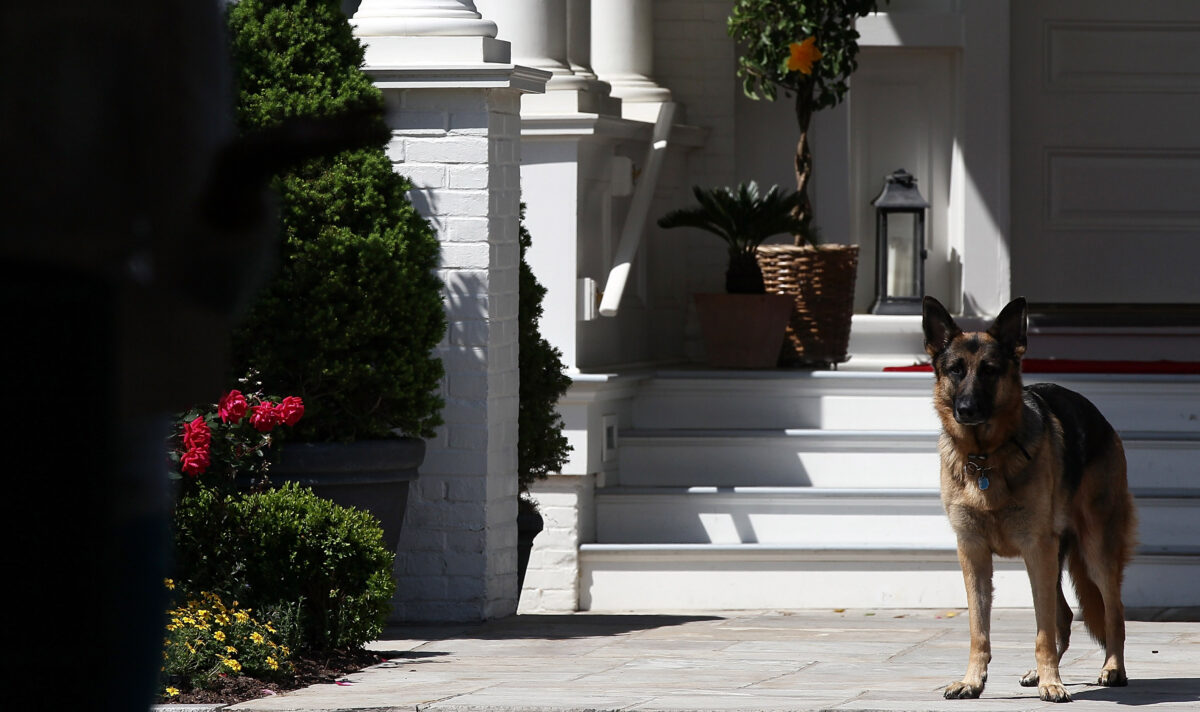 There are many, many things that point to what a truly horrible person Donald Trump is, but one of the most obvious is that he’s the first president in recent memory without a pet (no, Lindsey Graham doesn’t count). Even the most terrible presidents of the last century at least had dogs, but no. Donald Trump doesn’t like or enjoy anything or care about any living being but himself, which is why it’s such a relief that he’ll be gone soon and we’ll have two very good puppers taking up residence in the White House.

🐾 Hello America! Hello world! It’s us, Champ and Major. We are the Bidens’ family puppers and First Dogs Elect(s) of USA. We want to thank you all for your suppawrt by sharing our pawsidential adventures here! Woof! Woof! 🐶🇺🇸🐕 pic.twitter.com/J46aiXKVFW

Meet Champ and Major Biden, Joe Biden’s two German Sheppards. They are very good boys, and Major will make history as the first rescue animal to become a first dog. The Bidens fostered and adopted Major two years ago through the Delaware Humane Association. That’s pretty amazing. And adorable.

🇺🇸 Friends, did you know that my brother Major is the first rescued pupper to live in the White House? We are so excited and sniffing forward to explore the West Wing together and chase each other in the Rose Garden! #AdoptDontShop #FirstDogsUSA pic.twitter.com/2d09aJe4Gb

Champ and Major’s Twitter has already gained 113,500 followers since coming online yesterday. (They added 4,000 just while I was writing this article so I’m sure this number will be out-0f-date in minutes.) And that’s not a shock at all given that they are, as noted, good boys, and we have been starved for wholesome first dog content for four years.

🐾 Friends, we are humbled and honored by your pawsitive feedback. We are receiving so many wonderful photos of pawdorable kitties, doggos & other pets. Please know that we pawppreciate each and every one of you! Wuf! #PetsCoalition pic.twitter.com/SsVc9UDNi4

🐾 We’re so proud of our dad @JoeBiden, the first ever presidential candidate to receive 75 million votes. But Major will be setting a record of his own as he’s the first ever rescue pupper to live in the WH. We’re gonna play all day & receive countless treats! #DOTUS #FirstDogs pic.twitter.com/o1Hsr7nZ8e

It certainly sounds like Champ is tunning the Twitter, as a responsible older brother should. He’s also, as this video shows, more of a talker.

A video of our president-elect and Champ will make your morning beautiful. pic.twitter.com/sX4P2JfabK

Major is very excited though.

🐾 We can’t wait until Inpawguration Day! Especially Major, because he hasn’t been to the White House yet. So It’s going to be my respawnsibility to show him around, as I know all the best spots and where to get treats from. Woof! #DOTUS #FirstDogs pic.twitter.com/7S66ehwEZX

It’s only 72 days until inauguration and the day that Champ and Major get to take up residence in the White House. I hope all the rats living there now get cleared out before then.