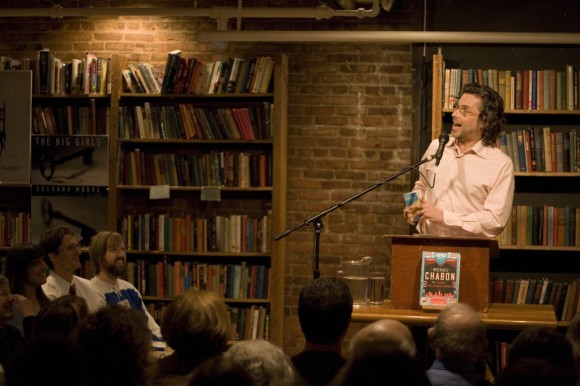 Be still my heart: Michael Chabon, celebrated writer and comic book enthusiast, is creating a series for HBO about con-men and magicians in World War II. The show, titled Hobgoblin, will feature a team of 20th century stage performers using their craft and guile to — wait for it — fight Nazis.

You make think this sounds silly, you may think it even sounds stupid, and you are wrong. I don’t have any insider knowledge, of course, but I do have access to Wikipedia where there is a historical precedent for the new series. Jasper Maskelyne aided the allied forces with his “Magic Gang” of theater professionals that created elaborate illusions to hide military activities. His greatest accomplishment? Making the Suez Canal disappear.

He built a mockup of the night-lights of Alexandria in a bay three miles away with fake buildings, lighthouse, and anti-aircraft batteries. To mask the Suez Canal he built a revolving cone of mirrors that created a wheel of spinning light nine miles wide, meant to dazzle and disorient enemy pilots so that their bombs would fall off-target.

Chabon is an excellent writer, and even if Chabon’s new show is only half as amazing as history, then we’re all in for a treat.

(Inside TV via Blastr, image via Chris Blakeley)