Center Stage 20th Anniversary: Still the Ultimate Film for Any Student of the Arts

Pointes will be made. 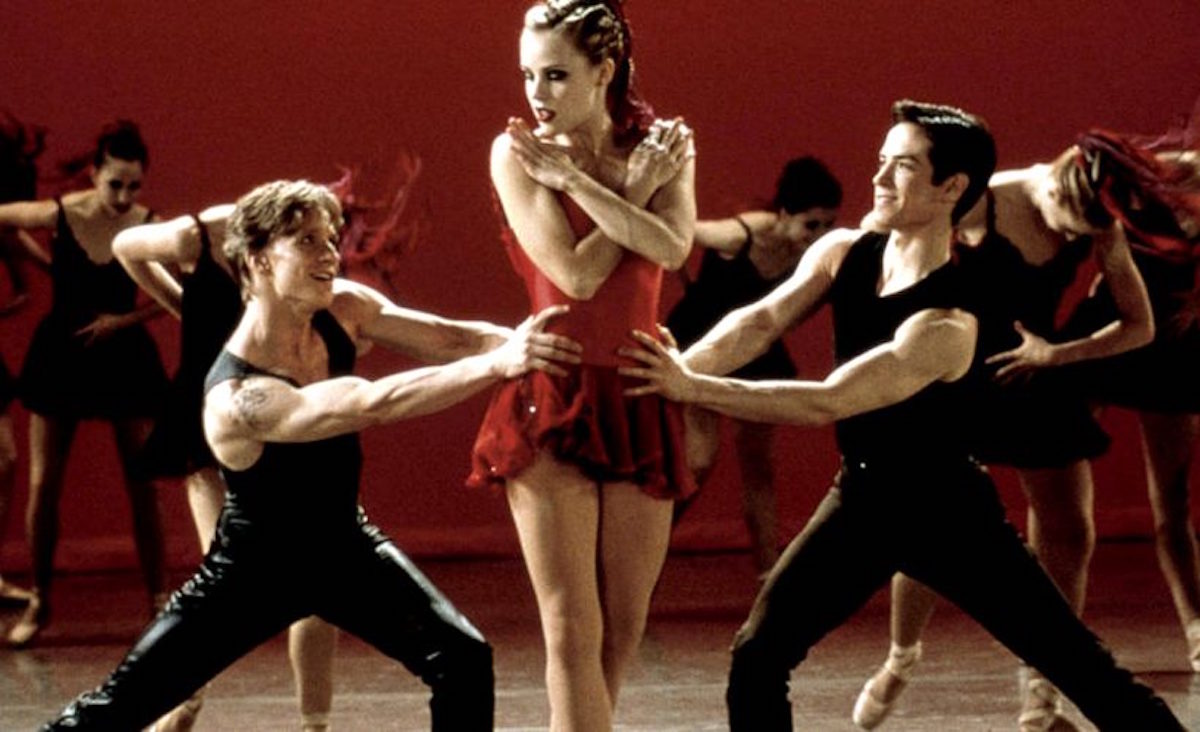 Center Stage is getting a lot of attention this week. Released 20 years ago today, it’s the story of a group of students at the fictitious American Ballet Academy as they compete, connect, and most importantly, dance their way through a year in New York. The film received middling reviews upon release and wasn’t a hit, but over the years it’s become a cult classic, mainly thanks to the incredible dancing that director Nicholas Hytner built the film around.

It’s the dancing that really makes Center Stage special for many fans. Most who love the film will confess that the acting is, let’s say, not the best, but the dancing … of the dancing is so great. And there’s a reason for that, as detailed in this recent wonderful oral history of the movie on Vulture: Hytner and the producers of the film were absolutely dedicated to casting great dancers, and in some roles, actors who could convincingly dance.

The talent and skill of the lead dancers in the film is undeniable. Amanda Schull, who played Jody Sawyer, the central character in the film, was herself seemingly plucked from nowhere to star, after an exhaustive casting process. Ethan Stiefel, who played the brilliant but emotionally empty Cooper Nielsen and Sascha Radetsky as Jody’s nice-guy classmate, were also pros, with Stiefel being perhaps one of the best-known dancers of his era.

But for me personally, the reason I love Center Stage isn’t just because of the dancing, or that seeing Zoe Saldana already firing on all cylinders in her first-ever film role is delicious, or the somewhat silly lines. I love it because it speaks to my own experience in the arts more than any other film.

I didn’t study dance in undergrad like the stars of Center Stage, but instead, I studied something just as demanding and competitive: opera. When I finally got around to watching Center Stage, a few years after it was released, it felt like it was a movie about me and the world I knew, even if it was a different art form.

Ballet and opera, as wells as classical music, are all very similar worlds. They’re insular and small, and yet for however small the pool of students is, the number of jobs is even smaller. Relationships with fellow students are fraught with competitiveness and admiration, for every moment you connect with someone, you also saw them as a rival. The better you are, the more people hate you, and every triumph for a friend might mean a loss or failure for you.  And it’s a place where tradition and “the way it’s always been done” seems to be set in stone.

The tension between modernity and essentially training oneself to be a living museum piece is huge in the field of classical music, voice, and dance. Students and creators alike want to be creative and inspired and push boundaries … but the dwindling audiences that buy tickets want the classics, again and again. And there are always stodgy older directors, teachers, and conductors who only believe in the old way, and people who don’t fit that mold are not of use. And that can be heartbreaking.

That’s why the stories of Center Stage were so relatable for those of us that for some reason chose to train in these artforms. I related to Jody Sawyer (Schull) because like her, I was talented but my voice and technique weren’t quite within the preferred style. I was bullied, not by students, but by teachers who simply disliked not just my voice, but me as a person. And just like in ballet, when there’s something wrong with you in opera, it’s truly a critique of you—practice and technique can only improve so much, but you can’t change what your body is, how it moves; its shape and sound.

I related to rebellious Eva Rodriguez (Saldana), and I knew so many other people like her, who didn’t have the privilege of class or race that most people in these industries had. I knew singers that reminded me of Maureen (Susan May Pratt) who were so talented but so crushed by expectation and pressure that they broke, hurt themselves, or pushed every sort of feeling down. All of us in my little world were all these things.

So why did we do it? Because we loved it and it was also wonderful. That’s what Center Stage also gets so right, and what brings us back to what even non-fans of the movie can admit: the art at the center of it is sublime. In Center Stage, it was the dancing. For others in these elite fields, it might be a Bach cello suite or, as it was for me, a Mozart aria.

Center Stage endures 20 years on not just because it is the defining dance movie of a generation, but because the creators and cast fundamentally understood the complex, cutthroat world. Center Stage captured a very specific niche and made it accessible, but didn’t soften the rough edges. And I still love it, because even though I’ve moved on from my time in the classic arts, I can still find joy in the music and the dance.