Here We Go Again: 15-Year Study Shows No Link Between Cancer and Cellphones 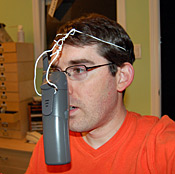 The debate about whether cellphones cause cancer has gone back and forth as conflicting studies are released on the topic. Indeed, things looked decidedly grim when the World Health Organization declared that the matter warranted further investigation. Now, a massive Danish study encompassing hundreds of thousands of subjects over 15 years has found no link between mobile phones and instances of cancer.

The study has been published on the website of the British Medical Journal.
Interestingly, this incredible study may have only been possible in the European country. Denmark is unique in that it not only issues a number to each citizen, but that the same number is associated with cell phone subscriptions. Moreover, the Institute of Cancer Epidemiology has tracked every person with cancer from 1924 and still alive past 1990. This gave the researchers a massive pool of data to draw from, and over 3.8 million years worth of cumulative cellphone time in the group. However, corporate cellphone accounts were not included as they could not be accurately tracked.

Using this glut of data, the researchers were able to determine that even using a cellphone for an extended period of time — say, a life time — did not have any effect on instances of cancer. In some cases, researchers had access to information on the location of tumors and found no connection between these and the manner in which the phones were held.

There were some quirks, albeit insignificant ones, about instances of gliomas — that is, tumors on the spin or brain — and types of brain tumors called meningiomas. From Ars Technica’s write-up on the study:

There was a slight but insignificant rise in gliomas in men, but rates were highest in the most recent subscribers. There was almost no change among women. For meningiomas, male cell phone users actually had some cancer protection (not statistically significant, but a larger change than in gliomas). Women again saw almost no difference.

On one level, the ability of the researchers to have so much information at their fingertips is a touch disconcerting. However, it presented a fantastic opportunity to do a thorough, statistical study on a massive scale. However, with the possibility of huge legal settlements should a cancer link be found, it’s almost certain that we haven’t heard the last of this issue.