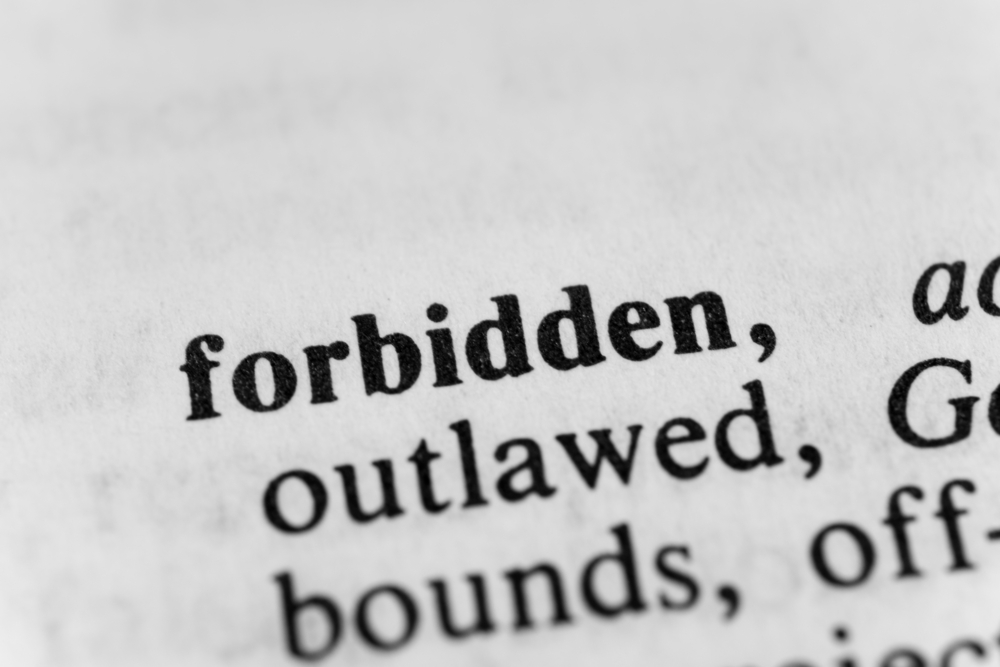 The Washington Post reports that analysts at the Centers for Disease Control and Prevention (CDC) were handed a list of “forbidden” words at a recent meeting with senior CDC officials in charge of the budget. According to the Post‘s write-up, the Trump administration has insisted that these words cannot appear “in any official documents being prepared for next year’s budget.”

The seven forbidden words are as follows:

The meeting was spearheaded by Alison Kelly, a senior official in the CDC’s Office of Financial Services. According to the Post‘s source, Kelly “did not say why the words are being banned … and told the group that she was merely relaying the information.”

Of course, given the nature of these words, it’s clear that the motivation is political. There is no reason to exclude the phrases “evidence-based” and “science-based” from documents for an agency which has “conduct[ing] critical science and provid[ing] health information” as part of its mission statement, and whose pledge to the American people includes “bas[ing] all public health decisions on the highest quality scientific data that is derived openly and objectively.”

The exclusion of “fetus” is a blatant nod to the anti-choice movement, and the exclusion of “transgender” is yet another move by an administration determined to erase LGTBQIA people from the military, the workplace, and federal data collection.

Stating that everyone in the meeting was “incredulous” when they heard about the ban, the Post‘s source emphasized that this is is unheard of: “In my experience, we’ve never had any pushback from an ideological standpoint.”

However, this isn’t quite true. Since the 1990s, the CDC has labored under another onerous, right-wing restriction on their research. The Dickey Amendment, named for its author Representative Jay Dickey (R-AK), has made its way into every omnibus spending bill since it was first added in 1996. This amendment stipulates that, as part of the CDC’s appropriations, “none of the funds made available for injury prevention and control at the Centers for Disease Control and Prevention may be used to advocate or promote gun control.”

In 2015, Dickey publicly stated that he regretted the way the amendment stifled research, and wrote an op-ed in The Washington Post urging “that scientific research should be conducted into preventing firearm injuries and that ways to prevent firearm deaths can be found without encroaching on the rights of legitimate gun owners.”

But Congress has continued to authorize the Dickey Amendment.

One hopes that public outcry will force the Trump administration to reverse this decision. Public outcry has previously forced the administration to backtrack on a number of issues, inluding allowing ivory hunting trophies to be brought to the U.S., deleting climate science pages from the EPA website, nixing a requirement to track greenhouse gas emissions from cars and trucks, and eliminating funding to a program that helps homeless veterans.

The CDC does crucial, life-saving work. That work should never be stifled by nonsensical, ideological restrictions on accepted scientific terminology.

(Via The Washington Post and The Daily Beast; image via Shutterstock)