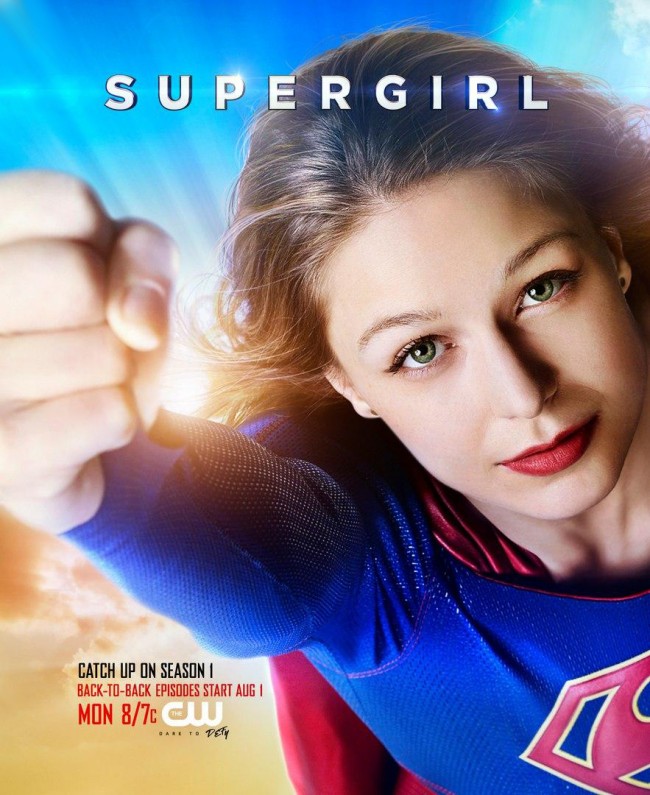 For every hardcore Supergirl fan out there, there’s probably another who, for whatever reason didn’t watch the show on CBS. Either that wasn’t a network you were used to frequenting, or perhaps you were cautiously optimistic about Supergirl in the first place, not wanting to get attached to a show you weren’t sure was going to last. Well, Supergirl has gotten a second season at The CW, so now’s the time to catch up. Thankfully, they’re making it really easy.

The network released the above poster announcing that The CW will be airing all of Supergirl Season 1, giving fans the opportunity to catch up. They’ll be airing back-to-back episodes starting August 1st, allowing all 20 Season 1 episodes to air every Monday night before the Supergirl Season 2 premiere on October 10th.

While you’re doing that, you might as well also revisit my recaps for Supergirl Season 1, and if you’re looking to delve deeper into your Supergirl experience, check out my video series The House of El, wherein I explore themes and ideas sparked by the show.

Point being, this is a great show that will likely get better in a more appropriate television home. So, catch up and get on the Supergirl train before it leaves the station!