In Australia, Sharks Have Twitter Accounts | The Mary Sue

In Australia, Sharks Have Twitter Accounts to Warn Beachgoers 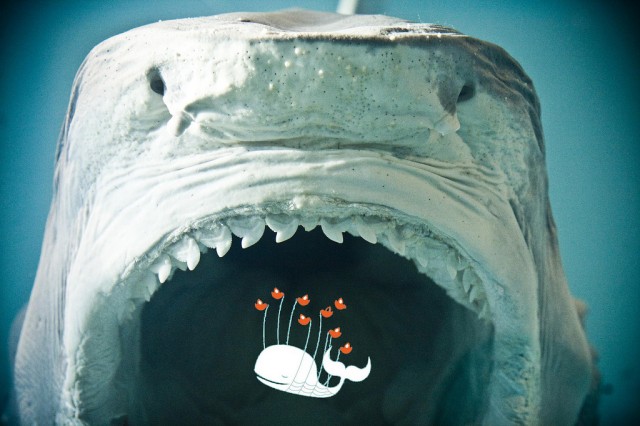 You know how everything in Australia is trying to kill you? Apparently the solution is to get them all social media access so they’ll never be able to sneak up on you again. At least, that’s what a bunch of scientists working with an organization called Surf Life Saving Western Australia (SLSWA) seem to think.

In Western Australia, which — surprise! — is apparently the world’s deadliest place for shark attacks, scientists have attached transmitters to 320 different sharks in order to track their movements along the coast. When one of these sharks gets within a few miles of a known beach, an alert is triggered that automatically records the shark’s size, breed, and approximate location, and then composes the information into a tweet and sends it off to the official SLSWA Twitter account.

SLSWA hopes that their Twitter feed will be able to bring beachgoers instant and up-to-date safety information in a way that previous helicopter or boat-based patrolling programs were unable to.  The scientists that embedded the tags, on the other hand, are less concerned about the public safety angle and more interested in the type of information they’ll get by tracking the way that these sharks move. Each acoustic tag comes with a 10 year battery life, so they’ll be able to obtain an unprecedented amount of data.

Of course, environmentalists are not happy about this measure. Western Australians for Shark Conversation (WASC) group member Rob Weir told Sky News, “It’s not going to have any positive benefit for beach goers and their safety and it’s certainly going to have a decimating effect on any great white sharks or other endangered shark species.” Perhaps he’s worried that people will go out in search of sharks to attack them after being able to track their precise location, which is a completely valid concern. But SLSWA and Australia’s Department of Fisheries are both pretty positive that this will alleviate more shark-based panic than it might inadvertently cause.

So the real question is this: when are we going to be able to put this technology into everything that lives in Australia? Think of all the babies that won’t get eaten by dingos now. Let’s put chips in the wombats, too, they can be pretty vicious.