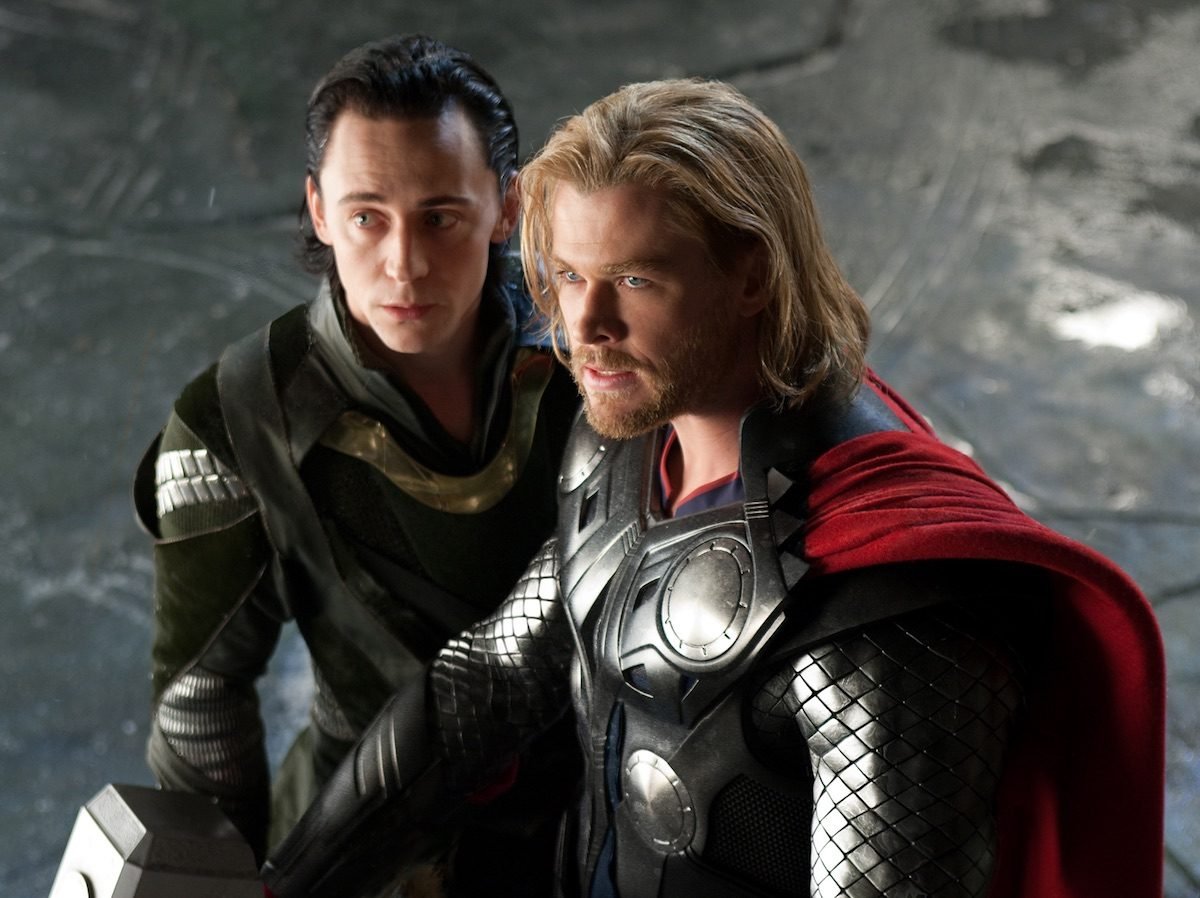 In a new interview with Collider—ostensibly to promote his unfortunate new diversion Artemis Fowl—director Kenneth Branagh was waxing nostalgic about Thor, and the moment he and Marvel Studios president Kevin Feige arrived at the casting of Hemsworth and Hiddleston. From The Hindustan Times:

“I’ll never forget the moment that we cast those two boys,” [Branagh] said. “It was like a sort of meditation or a sort of incantation… Kevin Feige must’ve walked around this long oval table a hundred times on that Saturday morning as I kept sort of saying, ‘I think we should call them.’ ‘Are you sure?’ ‘Yeah, I think we should call them.’… and I knew how profoundly serious that decision was. Kevin said, ‘We’ll never make a more important decision in this company than what’s happening in this room, Saturday morning at 10:30, when you pick up the phone to Chris Hemsworth and then Tom Hiddleston. It’s either going to work or it’s not. Good luck.’”

Oh, the melodrama! Luckily for Feige and Branagh, it worked. While Thor isn’t my favorite movie, there’s no doubt it did a great job setting up Asgard and established the MCU’s possibilities beyond Earth. And these days, it’s impossible to imagine anyone but Hemsworth and Hiddleston in their roles, so it appears the right choice was made. Even so, it’s fun to remember what a risky venture this was at the time, as this now-hilarious casting notice from Vulture demonstrates:

In fact, I’d argue that the Thor casting ended up being incredibly vital to the future of the MCU—even more than Feige could have predicted when he said “we’ll never make a more important decision in this company.”

Tom Hiddleston hit it so out of the park as Loki that he turned the character into one of the most popular in the MCU, and Loki would go on to be the villain in Marvel’s blockbuster Avengers and then a perpetual thorn in Thor’s side throughout several movies. So much of the strength of the Thorverse stems from Hiddleston’s Loki and the interplay with Hemsworth’s Thor that you can see how much could have fallen apart with the wrong actors in place, and how this could have radiated to impact everything that came after. I mean, can you imagine the aforementioned Shia LaBeouf or Josh Hartnett succeeding in these roles for almost a decade?

When I first read Branagh recounting that fateful day with Feige, my first reaction—even as a dedicated Thor fan—was to think, “Really? It all hinged on Thor?” But of course it did. It’s easy to forget now that we have almost two dozen MCU films, but Thor was only the fourth released in the new universe of Marvel movies.

Thor was a risk in many ways—starring “virtual unknowns” (both Iron Man’s Robert Downey Jr. and The Incredible Hulk’s Edward Norton were established names), and the film featured lesser-known comics characters who lived in a distant space palace that mashed up fantasy, science fiction, and Norse mythology. It’s a hard sell on paper, but that also made Thor a whimsical shift from anything the comics-movie audience had seen before. Thor’s supporting cast was also strong, with the likes of Natalie Portman, Anthony Hopkins, Rene Russo, Idris Elba, Stellan Skarsgård, Kat Dennings, and more there shore up the piece.

Marvel definitely needed a win with Thor. While the Iron Man movies had done well, The Incredible Hulk was a poorly received misfire many don’t even recall was part of this stage of the MCU. Thor’s ultimate success lay the groundwork for audiences to gobble up the next film, Captain America: The First Avenger, and was key to The Avengers’ massive success. Can you imagine if The Avengers had had as crappy a main villain as, say, Thor 2? What world would we be living in now?