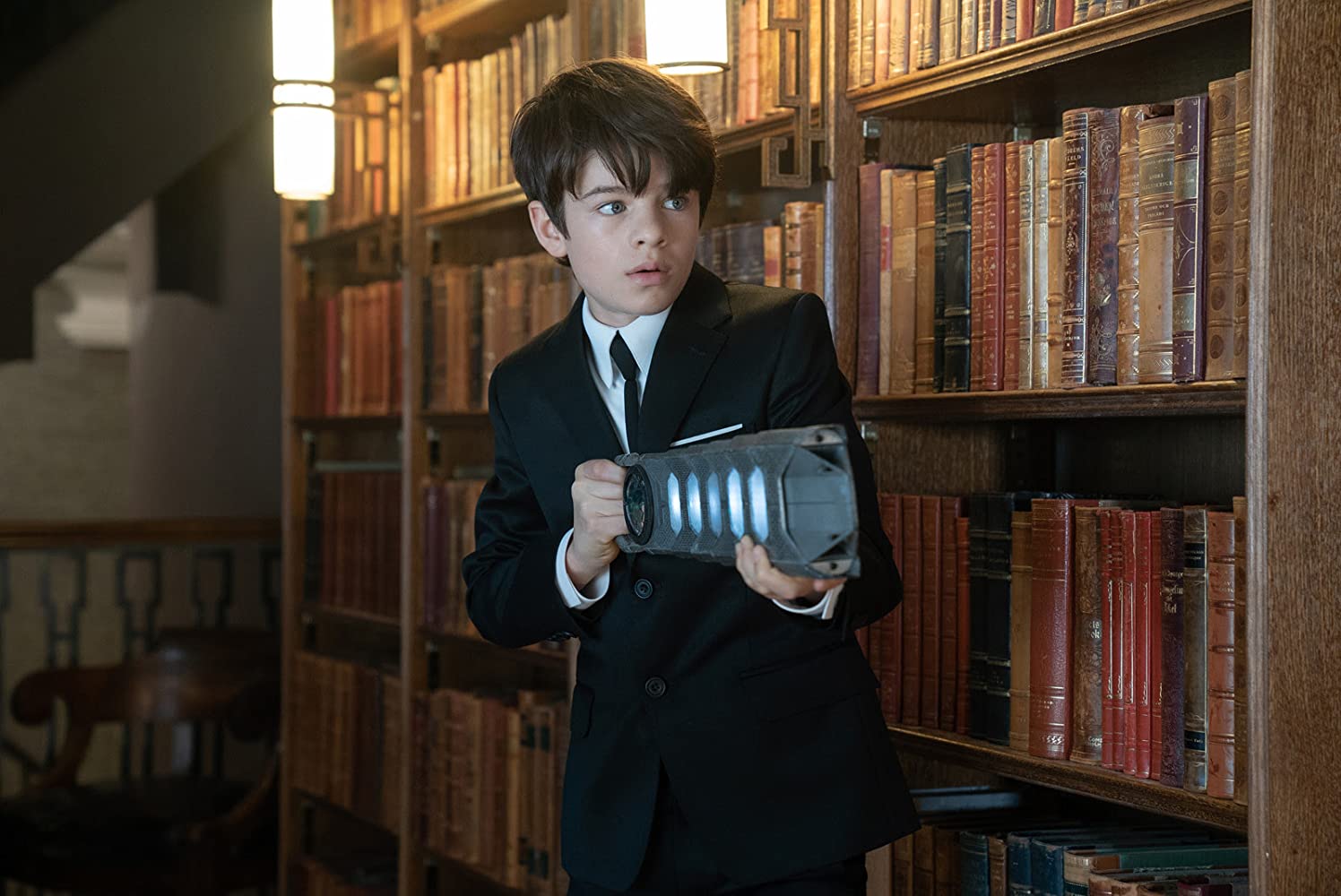 Making an adaptation of a popular book series is hard. Changes are necessary, and you can’t always do everything that was in the books. I get that. Yet, when a company spends money on the rights for a book series, you would assume that they believe in the premise of the book—that they want to adapt at least 75-80% of the book, not “Let’s just make an entirely new movie and just slap a familiar title on it.” Sadly, that is exactly what Disney did in their adaptation of Artemis Fowl.

The movie was directed by Thor’s Kenneth Branagh—a man who, with his Shakespeare background, should know that audiences love to root for a villain—and stars Colin Farrell as Artemis Fowl I, Ferdia Shaw as “Artemis Fowl II” (in name only), Lara McDonnell as Holly Short, and Nonso Anozie as Domovoi Butler.

Let me just start off by saying that, from the 30 minutes I could manage to watch, the cast is fine. They are not to blame for the choices that were made. It is 100% the script that turns what was an interesting children’s lit character into a generic kid hero.

In an interview with /Film, Branagh explained why they decided to completely nuke the actual personality of its titular character:

It was a decision based on a sort of inverse take on what I saw in the books, which was Eoin introducing Artemis gathering a sense of morality across the books. He said that he had him preformed as an 11-year-old Bond villain. It seemed to me that for the audiences who were not familiar with the books, this would be a hard, a hard kind of thing to accept.

Yeah, if only these books were bestsellers.

When asked if he thought that this would alienate readers, Branagh responded,

[…] it’s a misnomer to believe that you can get inside the individual heads of everybody who may have loved the book, and then provide them with what I think is a sort of bogus idea: the, as it were, “definitive” version of the book. Because it’s always going to be different in everybody’s mind, even if they’re looking at exactly the same sentence, or the same character.

I don’t even understand what he is trying to say. The plot and characters aren’t the same! It has nothing to do with casting or not being a “definitive” version that pleases everyone’s individual interpretations. It has to do with the fact that this is not an adaptation of this book series—not one that appreciates the actual story, and as a book fan, that’s upsetting, but as someone who enjoys children’s literature, it’s aggravating because … how many times do we have to have this conversation?

Children like bad guys. Children like stories about complicated children. We’ve been having this conversation since Alice’s Adventures in Wonderland and her skepticism of authority. Children are not turned off by seeing kids being bad. They know more than anyone how terrible their peers are. As a kid, what made me love Artemis Fowl was that he was a villain who was outsmarting grownups, and he won. That was cool. You were used to the villain being defeated in the end, and Artemis won, but he also started growing into a better person.

It was not a hard concept for me at nine years old, and the nine-year-olds of today are even savvier than we are.

Considering that there managed to be a four-part, financially successful adaptation of The Hunger Games—you know the book series where children murder each other for sport because of the government—I think we could have handled Artemis Fowl II being a jerk.

And they killed his mother off for no reason!