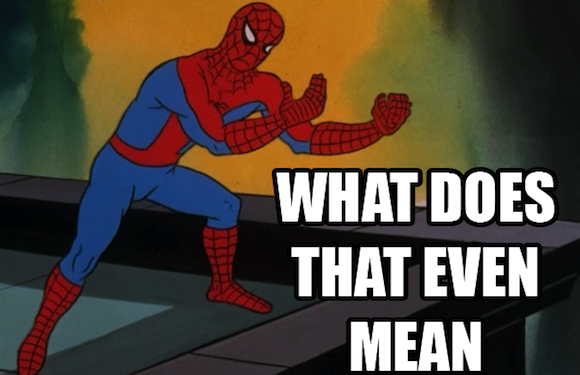 Remember when we told you the latest entry into the Batman animated universe, Beware the Batman, seemingly disappeared from the television schedule? Cartoon Network has decided to release a statement about that and well, see for yourself…

Animated television blog Nick and More noticed the lineup change recently, which included not just new episodes but also repeats of the animated series. Beware the Batman just premiered this past July and featured a slightly younger Batman than usual, Alfred in a starring role, and Katana as a sidekick.

But Comic Book Resources was able to get this statement from the network:

“Currently, ‘Beware the Batman’ is no longer on our air. DC Nation will continue on Saturday mornings at 10/9c with new exclusive shorts and a full hour of encore episodes of ‘Teen Titans Go!'”

So, that doesn’t really tell us anything. It just confirms what we already knew – Beware the Batman is no longer on the air. But is it off the air for good? CBR points out actor Anthony Ruivivar originally tweeted about the show going on hiatus until January but followed that up later saying the network “is currently not airing new episodes. Stay tuned and thanks for your continued support.”

I’m sure that doesn’t give fans much hope considering Cartoon Network’s recent track record of putting Young Justice and Green Lantern: The Animated Series on hiatus and then canceling them. I wouldn’t bet money on Beware the Batman returning but it really makes me concerned about networks’ attention spans. It feels as if new shows aren’t given nearly enough time to find their audience before they’re pulled to try something that might go over better. It’s a shame.