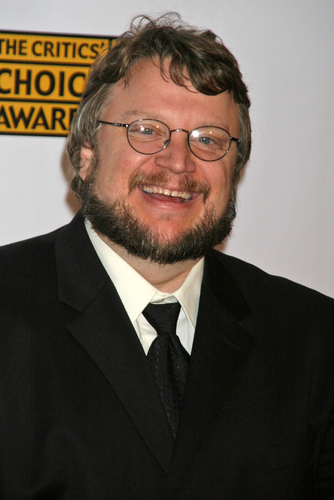 According to Deadline, Amazon has picked up Carnival Row, a show from Guillermo del Toro and a host of other awesome creators, to pilot.

Carnival Row is based on A Killing on Carnival Row, a feature spec script Travis Beacham (the dude who wrote Pacific Rim and that prematurely cancelled Fox show Heiroglyph) penned eleven years ago. Beacham originally sold the script to New Line and Koppelson Entertainment, where Guillermo del Toro first became interested in the project. In early 2015, Amazon Studios scored a development deal for a TV version of the feature. The pilot script was written by Star Trek alum Rene Echeverria, who will also serve as Carnival Row‘s showrunner. Del Toro, Beachman, and Echeverria will executive produce.

Deadline writes that the script for A Killing on Carnival Row was “set in the future in a city called the Burgue, which looks a lot like 18th Century London. It is inhabited by humans and other creatures, and a serial killer is on the loose.”

Although that Kevin Bacon Fox show The Following kind of exhausted my interest in narrative TV about serial killers, I am really excited to see what an episodic collaboration between del Toro and Beacham will look like. The world of Carnival Row sounds fascinating, and I trust Beacham and del Toro to find a way to tackle a potentially violent and disturbing concept without reducing women to victims, love interests, and set dressing. I often feel uncomfortable with the way violence against women is sexualized in fictional serial killer narratives, but these creators have a great track record when it comes to female characters—heck, they brought us Mako!—so I’m excited.

(via io9, image via s_bukley/Shutterstock.com)