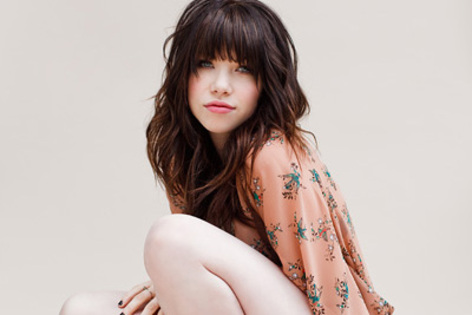 Just before Christmas, Carly Rae Jepsen revealed that she’s ending 2015 on a pretty big note (no pun intended) by remaking and recording the classic Full House theme song “Everywhere You Look” to be used in the upcoming Netflix spinoff, Fuller House. Jepsen made the announcement via Twitter earlier this week:

Butch Walker and I re-did the theme song for @FullerHouse together and I can't wait for you to hear it! Check it out on Netflix Feb. 26th!!

While the initial Fuller House trailer didn’t really give us much to work with (and sort of came off looking like a pretty morbid memorial tribute to the original series), there’s a lot to get excited about with this news. Jepsen’s catchy pop sound could definitely breathe new life into a classic theme song that many are familiar with, and as Walker has collaborated with a bunch of artists including Pete Yorn and Weezer–well, it could be enough to give Fuller House a much more modern feel.

Fuller House is premiering on Netflix on February 26… so maybe we’ll get a small clip of Jepsen’s “Everywhere You Look” before then.

(via The Verge, image via Jaclyn Diva/Flickr)