Marvel’s Kevin Feige Wishes Captain Marvel Were First. I Say, Be the Studio That Has MORE THAN ONE. 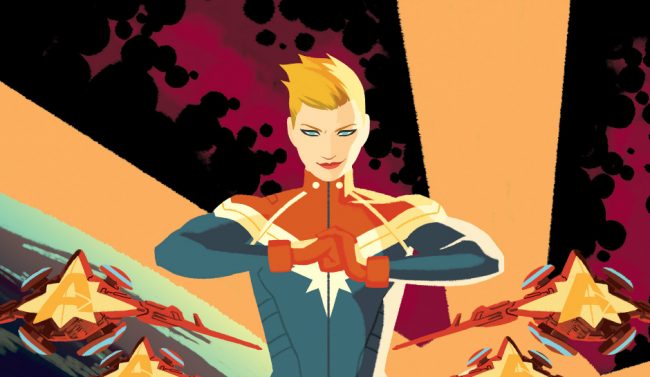 One of the reasons that we love the Wonder Woman solo film so much, in addition to Patty Jenkins’ masterful direction and a damn-near-perfect performance by Gal Gadot, is because it was the first time that moviegoers got a genuinely good film with a female superhero at its center. Now, we have Marvel’s Captain Marvel to look forward to, and Kevin Feige has some mixed feelings about that.

There is a really thorough Vanity Fair cover story celebrating 10 years of Marvel Studios (has it been that long already? Whoa). In it, Marvel Studios president Kevin Feige basically gives his own, and Marvel Studios’ origin stories, providing context for the film studio’s rise and giving a glimpse into where Marvel is headed.

“Critics sometimes forget that Feige announced Captain Marvel and Black Panther in 2014—during the Perlmutter era. Instead they focus on how Marvel missed the chance to make the first female-led superhero movie of the modern era. I asked Feige if he wished Marvel had gotten there before Wonder Woman. ‘Yeah,’ he answered carefully. ‘I think it’s always fun to be first with most things.’ Ever the fanboy, Feige got chills recounting the heroine’s powerful stand in No Man’s Land for me in his office. “Everything’s going to work out,” he said cheerfully. ‘Captain Marvel is a very different type of movie.'”

Wonder Woman wasn’t “first,” it was restitution for what they did to us (and Halle Berry). Never forget.

OK, so DC was first. Fine. I’m glad that Feige doesn’t seem too terribly fazed by that, because really, being “first” is the least important part of all this. What studios (all studios) need to realize is that they can each have more than one solo female superhero at a time!

If Marvel really wants to get ahead of DC, I’d suggest finally getting on that Black Widow movie. I’d recommend a Dora Milaje movie after Black Panther. And OMG, I’d love to see a Jessica Drew/Spider-Woman movie. Oh, and by the way, KAMALA KHAN/MS. MARVEL MOVIE IMMEDIATELY. All leading up to an A-Force movie?

The Vanity Fair piece talks about where Marvel Studios is headed after the current MCU wraps up (yes, Avengers 4 will be a finale and the likes of Robert Downey Jr.’s Iron Man and Chris Evans’ Cap will give way to Tom Holland’s Spider-Man and Chadwick Boseman’s Black Panther), but Feige is keeping things tightly under wraps. Here’s hoping that those plans include more of the Women of Marvel. It shouldn’t be up to Captain Marvel or Brie Larson to carry the load all alone.

Just as it shouldn’t be Gal Gadot’s job to be the (only) female face of the DCEU.

“First” means nothing. Be better. Marvel can be better by embracing its already-existing and already-awesome stable of female heroines, and getting women behind the camera to tell those stories.