Captain Marvel Almost Had a Different, Not as Good Ending | The Mary Sue

Thank goodness for the film's editor. 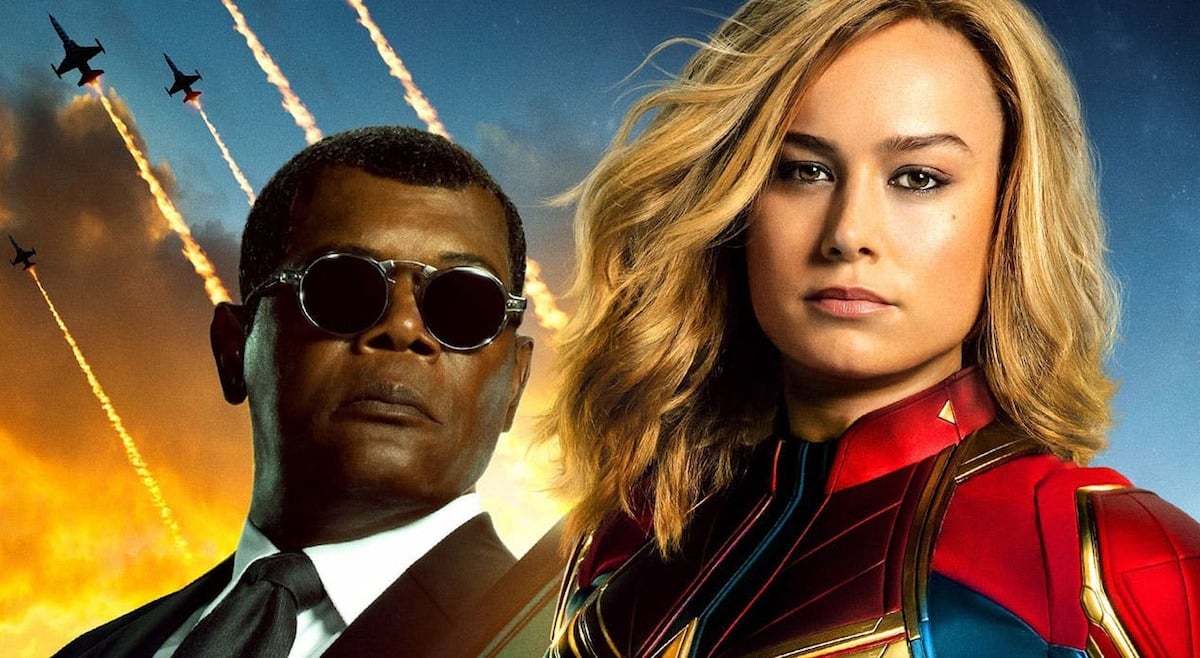 **Beware, spoilers for Captain Marvel ahead.**

Captain Marvel almost had a much different ending. For those who’ve seen the film, we know the film ends with Carol fixing Fury’s pager so that he can reach her, before helping Talos and the rest of the Skrulls leave the galaxy to find a new home. However, the film originally had Carol leaving Earth solo, which makes far less sense in the context of her character arc and the message of the film.

In an interview with Entertainment Tonight, via Coming Soon, Captain Marvel editor Debbie Berman said, “I did actually suggest some tweaks to the ending of this film. It used to end with Carol flying off into space alone, and I found that a bit jarring. Like, where exactly was she going? And what was she doing? It felt like we needed a stronger visual to assert a more specific justification for her leaving and disappearing for so many years.”

She went on to say that the new ending “made it easier to believe that she left her newfound life on Earth because she was with a friend we knew she cared about, and for a more specific mission. It gave more resonance and closure to her final moment in the film.”

I’m with Berman; an ending in which Carol flies away solo makes no sense. Carol just found a sense of actual belonging on Earth with her best friend Maria, Maria’s daughter Monica, and with Nick Fury. For her to just take up a lone gunslinger mantle wouldn’t make sense, especially if they made it clear she hasn’t been back to Earth in a long time.

By giving her a purpose in helping the Skrulls find a new home, she is given actual motivation to leave Earth. Given the importance placed on the family she made with Maria and Monica, it wouldn’t make sense for her to just fly off and leave them behind. If she’s off completing an important mission, it makes sense that she’s not there.

Similarly, it explains why Fury wouldn’t call her until absolutely necessary if she’s off doing something so important. If she’s off being a space cowboy, then why wouldn’t he call her sooner, outside of Marvel being slow to make her the protagonist of a film?

It also ties up her story with Mar-Vell far better to have her take on Mar-Vell’s mission. Her mentor died trying to keep Talos’s family and other Skrulls safe, and she so impacted Carol that even when Carol had no memory of who she was, she still saw the Supreme Intelligence take Lawson’s form. Having Carol take on Mar-Vell’s cause and aide the Skrulls, just drives all that, and what she learned on Earth, home.

It’s always fun to hear how movies almost turned out, and this is one change I think we can all agree is for the best. I can’t wait to find out what happened to Carol in the interim between Captain Marvel and Endgame, and to see how her character grows beyond these films.