Captain Marvel Is Already Facing Off Against Male Critics

From the same guy who was terrified that Black Panther did so well.... 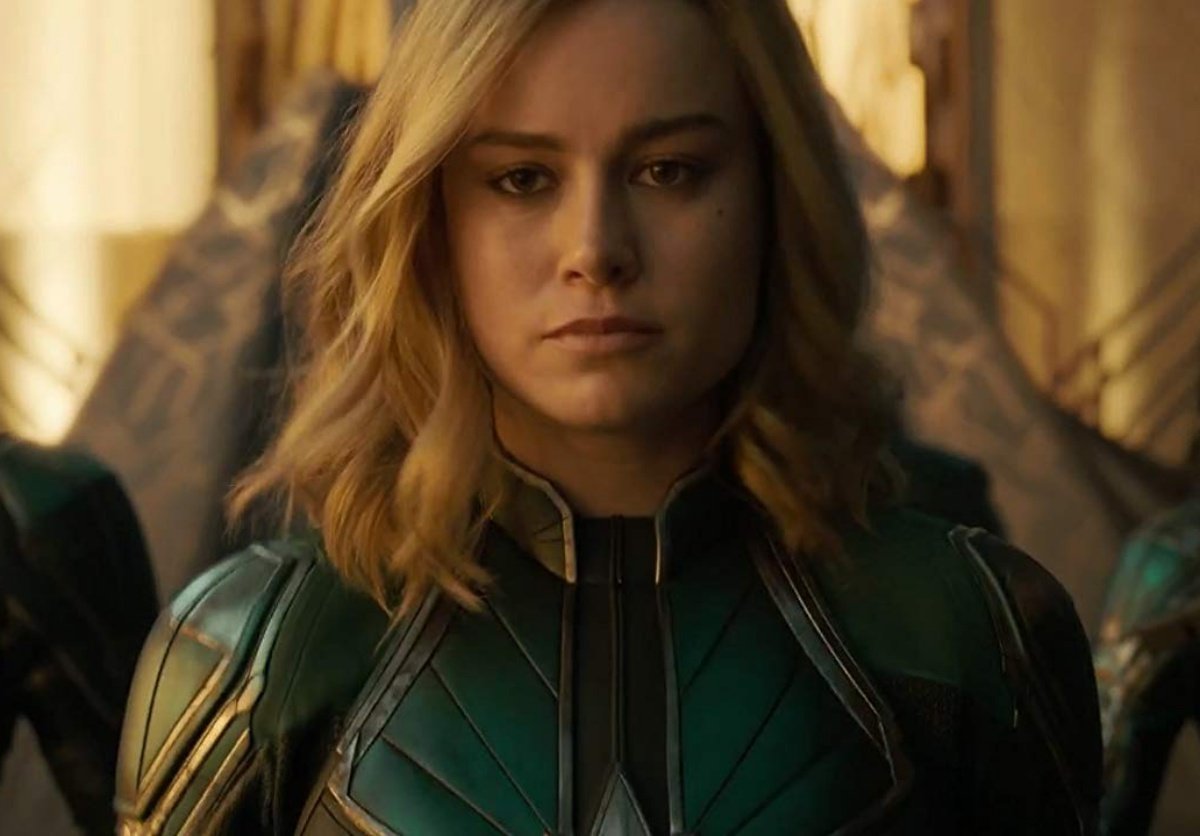 The Captain Marvel trailer has barely been out for a month and already critics (mostly Scott Mendelson of Forbes, who famously called Black Panther a nightmare for studios) are saying it’s being set up to fail. Mendelson, in a piece aptly titled Captain Marvel Is Being Set Up To Fail, says that due to everything coming out in February and March, it might make sense to lower our box office expectations for the film, as Carol will be facing off against competition from other blockbusters at the time.

“However, just because Wonder Woman earned $821m and Black Panther earned $1.345b doesn’t mean that Captain Marvel is going to outgross Spider-Man: Homecoming ($881m) and Thor: Ragnarok ($854m),” Mendelson cautions, going on to say that the female lead isn’t exactly a selling point either. He writes:

“Here’s another key thing to remember: Wonder Woman didn’t succeed on the scale that it did specifically because audiences raced out to support female-led action movies. It succeeded because people really wanted to see a Wonder Woman movie. If audiences supported female-led action movies on principle, then the likes of Tomb Raider, Atomic Blonde, Resident Evil: The Final Chapter and Ghost in the Shell would have much bigger grossers, especially in North America. The same thing with Black Panther relatively speaking. The success of that MCU epic didn’t magically turn John Boyega’s Pacific Rim: Uprising or even the fantastical A Wrinkle in Time into a hit.”

I don’t know, I was pretty much over the DCEU at that time, but I sure bought that opening day Wonder Woman ticket because I knew that if the film failed, the future of female-led superhero films would once more be called into question and female directors would be sidelined even more. Similarly, I bought Black Panther opening night tickets because the film looked brilliant and because a superhero film with a Black director and an all-Black cast matters immensely in cinematic history. Maybe for Mendelson, who can see himself in front of and behind the camera whenever he chooses, that isn’t a big deal. For others, it is.

Those other films he cites had middling reviews that didn’t lend themselves to drawing big crowds; Ghost In The Shell also flopped because it whitewashed the lead character and audiences have had enough of that. It’s also frustrating that Mendelson is trotting out examples to prove why audiences don’t show up for these films when something not led by a white man does well. Countless mediocre films about white men do badly, so where are the thinkpieces about how audiences just don’t care about watching films starring them any longer (cough Solo cough)?

Mendelsohn goes on to put his foot in his mouth some more by revealing that he actually genuinely does not know what he’s talking about when it comes to the character of Captain Marvel:

“Captain Marvel doesn’t have the same “solo not a white guy director with a media-friendly story” hook that Wonder Woman and Black Panther had. Captain Marvel isn’t anywhere near as popular as Wonder Woman or Harley Quinn. Especially after that cryptic first trailer, Captain Marvel may be the first MCU movie where, unless the fact that it’s a female superhero movie matters (which it should) the primary hook is that it’s another MCU movie.”

Were the Guardians of the Galaxy that popular before they made their live-action debut? I’m sorry, but when a film that involves a talking tree and a feisty raccoon can make millions and no one blinks an eye but when a female heroine gets a mysterious trailer and that’s somehow not enough of a hook, we’ve got a small problem here.

Captain Marvel’s big debut was teased at the end of Avengers: Infinity War, so we’re ready for her to show up. She’s an immensely popular character among Marvel fans, and has been for years. The trailer wasn’t terrible by any stretch of the imagination. Just because we didn’t get an outline of the entire plot in a minute and a half doesn’t mean that it does not have a hook. Plenty of women were moved by the trailer as well, especially by the closing montage of Carol rising to her feet and facing off her opponents. The hype train continues, and will continue until the very deliberate choice to release the film on International Women’s Day in 2019.

Mendelson comes so close to getting it when he says at the end of the piece that Captain Marvel can still be a winner without breaking records and that, “When you have enough of these, they stop having to prove a damn thing.” Which is absolutely true. It shouldn’t have to break records to matter. But here’s the thing. Between Carol Danvers and Diana Prince as the headliners of the female superhero crew, that’s two characters who have headlined superhero films, out of how many in the past ten years? Mendelson brings in Birds of Prey and the potential Black Widow movie which is great! But those are four titles total. We don’t have anywhere enough yet, and so each film’s release will include a moment where we all hold our breath and think “please, let this get good reviews and do well because otherwise things will get set back another five years.”

Does that hurt? Absolutely. But that’s the way Hollywood works.

Captain Marvel still has plenty to prove, especially since she’s going to be the star of the upcoming MCU’s Phases 4 and 5. Wonder Woman 1984 still has to prove that the first film’s success wasn’t a fluke. Birds of Prey is an all-female team up film— the stakes are pretty high for that as well. But in the eyes of Mendelson and critics like him, we shouldn’t expect them all to do serious business, since those of us who champion diverse films need to be reminded of the way Hollywood works whenever we get too excited about a movie.