Captain America: Civil War to Be Darker Than Winter Soldier, Balance It With Humor & Spider-Man

In case you have fears of grimdark. 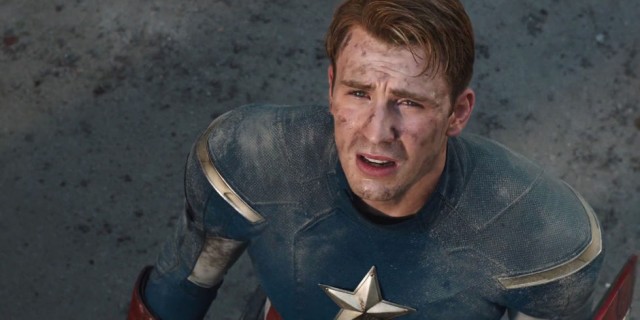 With the hero vs. hero storyline of Civil War, it’s easy to see how the movie would have to go a bit darker than Cap’s last outing, The Winter Soldier. Marvel’s Kevin Feige has previously promised no “dark turn” for the studio’s film universe, though, and it seems the supporting cast will help provide that bright, humorous Marvel energy.

While Robert Downy Jr.’s Tony Stark/Iron Man may be a bit too bogged down by the weightier bits of the movie’s story in his battle with Captain America over superhero regulations, let’s not forget (which would be easy to do with the approximately 1,000 characters in this movie despite its single-hero title) that both Ant-Man and Spider-Man will show up in some capacity. The plot may be tense, but it’s also wide-reaching and manages to get some comedic material out of those less deeply invested, according to the directing duo of the Russo Brothers when talking to Collider:

There’s a good portion of [Civil War] that’s actually funnier than Winter Soldier, because there are characters in that film, that come from worlds where the tone is more comedic. Not all the characters in that movie have the same history as the Avengers. They’re coming at the problem of the film, not embedded with that baggage.

They’re not tied to the central arc of the movie with the same motivation as the other characters, so they can be lighter. I think there are a lot lighter moments because there are much darker moments as well. We did have to work very hard at that.

The intentional balance is reassuring, and it makes sense considering some of the additions to the cast. The Ant-Man movie was more comedic in tone than the main Marvel universe, and Spider-Man is (off and on, but in his best material, in my opinion) known for his sense of humor. Marvel’s been doing darker-but-not-too-dark really well on TV, and this sounds promising for that to work on movie screens, as well.

In addition, though it’s still hard to tell how hyperbolic Joe and Anthony Russo were being, they mentioned that, if they’d been told they couldn’t put Spider-Man in the movie, it’d “blow the whole movie up,” which has me really excited for what their plans are for the character.

We’ll find out when Civil War premieres on May 6.

(via CBR, image via Marvel Studios)