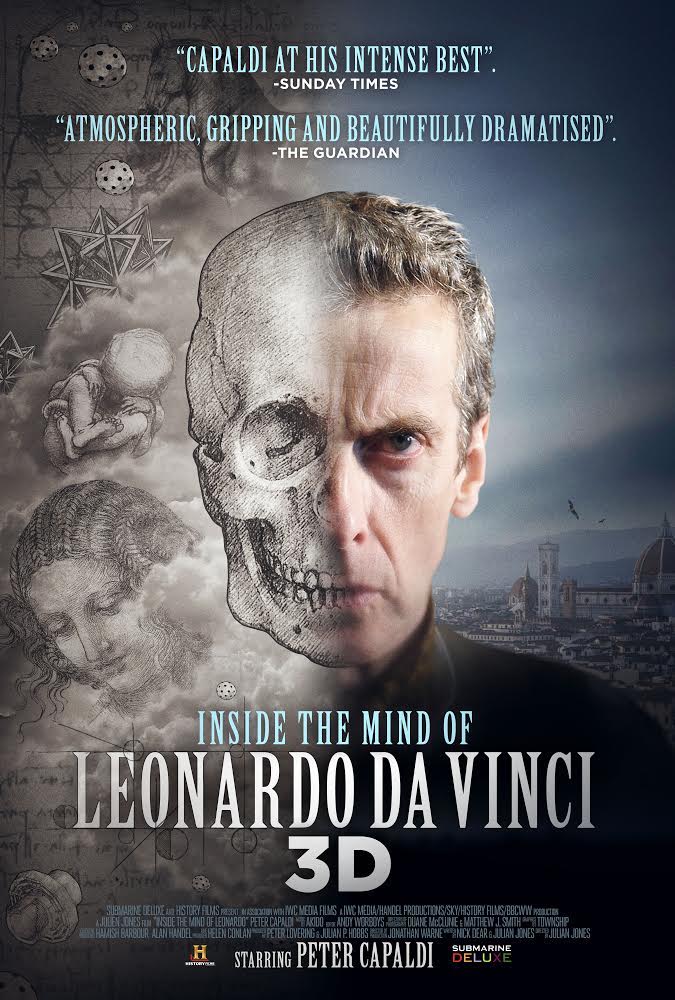 We know; there’s a Capaldi-shaped hole where your heart once was now that Doctor Who‘s eight season has ended. Don’t despair! We’ve got just the thing to fill it: A movie about Leonardo da Vinci comes out tomorrow starring Peter Capaldi!

Inside the Mind of Leonardo follows da Vinci’s life and obsession with movement and the mechanics of the world around him. If you can’t wait for the Doctor Who Christmas special for more Capaldi, all you have to do is find a theater in your area that’s playing the movie, and you’re set! Oh, we did mention that it’s on a pretty limited release, right?

Why… why are you looking at us like that?

If you can’t make it to any of those, it’ll be OK. You can see him next week in the Doctor Who Christmas special, and then you can probably find Inside the Mind of Leonardo on TV or somewhere else to fill in the gap until season 9. It’ll definitely air on Canadian TV in January, so keep your eyes peeled for it.