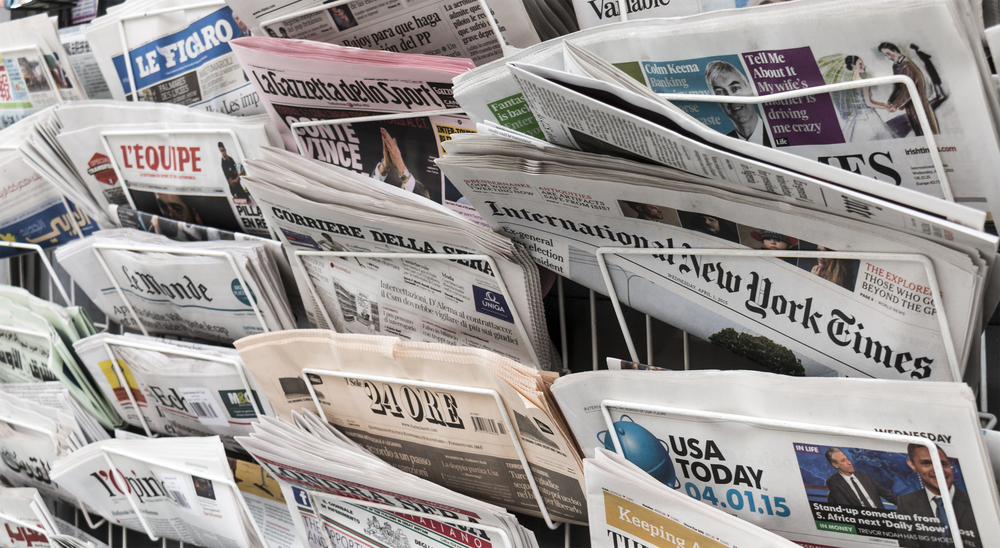 A Canadian newspaper is firing back against online harassment in a big way–with its front page. After reporter Tara Bradbury was subjected to awful comments after her coverage of local event FemFest, the St. John’s Telegram initially addressed the issue in a column written by Bradbury herself. However, according to managing editor Steve Bartlett–in typical internet harassment form, that only made the entire situation much worse.

Eventually, Bartlett chose to address the issue head-on: by making a statement on the front page of the Telegram, along with featuring some of the horrible anonymous comments Bradbury had received after her piece and subsequent column:

In an interview with the Canadian Press, Bartlett said he had been “really upset” by the harassment Bradbury had been forced to deal with, and acknowledging it on the front page was the paper’s way of having her back: “We wanted to show that as a newspaper, as a group of journalists, we totally are against this type of commentary and we don’t think it’s okay.”

It’s no secret that in the journalism industry, women and people of color are much more prone to online harassment as well as violent threats and intimidation. This year, the Guardian recently found that of its 10 most abused writers within its online comments section, eight were women–and the two men were both Black. There have been several videos where men have read the horrific types of comments women writers often receive on the internet–and while the level of awareness surrounding the issue has definitely been raised as a result, it also hasn’t changed the underlying problems either. It’s fortunate that newspapers such as the Telegram are willing to shed more light on the problem–and in their words, to remind everyone that online harassment is not okay.