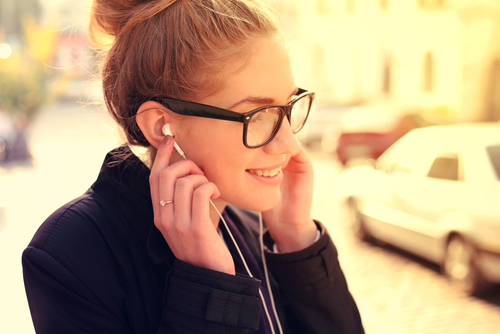 To cut to the chase: a really skeezy blog post from a writer on The Modern Man on “how to talk to women wearing headphones” has been making the rounds on the internet as of late, and the entire thing reads like something of a serial killer how-to handbook. The Guardian provided an excellent breakdown, complete with responses to each horridly entitled instruction.

I’m just a girl wearing headphones standing in front of a boy asking him to fucking move out of my way because I don’t want to talk to him.

“Hey, girl. Are you wearing headphones because I’m pretty sure you’d rather listen to me talk to you.” pic.twitter.com/GjjNhOiBVO

How to Approach a Girl Wearing Headphones

No man is entitled to my time, or to make me stop doing something I want to do (listen to music) to attend to his need for attention.

Listen: The only direction anybody should be giving to someone who wants to talk to a woman wearing headphones is that they shouldn’t. Just don’t do it. We’re wearing headphones so we don’t have to deal with the constant onslaught of unsolicited opinions about our bodies or disgusting sexual requests. It doesn’t matter one bit if you think you’re “not like those other guys,” because chances are if you honestly think you’re “not like those other guys,” you actually are exactly like them. Your false kind demeanor belies the fact that you’re after something, especially when you’re working so hard to interject yourself into our daily lives.

One person on Twitter provided an actual helpful instruction, though, one that I feel like I can totally personally co-sign.

How to Approach a Girl Wearing Headphones
step 1: spend years fighting to change the culture to make interaction w/ strangers safe for women

So what are you waiting for? Get to work.