Beyoncé’s Lemonade, the Future of Music, and the Gendered Use of the Word ‘Genius’

I, like much of the country, watched #Lemonade this weekend. Beyoncé’s visual album is some next-level “take your pain and turn it into art” shit. I love how deep she goes, not only into her own pain, but how it connects to previous generations of women in her family, and to the pain of all Southern black women. It’s amazing. A thought occurred to me as I watched it that had more to do with the wider music industry, and the way in which women are received and talked about in it.

After the deaths of David Bowie and Prince, many have questioned whether there is anyone out there who would be their like again. Now, of course, each of these musicians was unique, and made indelible contributions to music, changing the face of it forever. But the word GENIUS is thrown about, and we act as though “music is dead.”

I think of women like Madonna, and I wonder how she’ll be hailed when she inevitably passes away. She’s arguably had as huge and as lasting an impact on music as either Bowie or Prince, and yet I wonder if they’ll be throwing the word GENIUS around. They’ll chalk her impact up to “good marketing,” or say she was a “savvy businesswoman” the way they do with all women who manage to succeed, never attributing it to anything like talent. Or, as if the only talent women are allowed to have is self-promotion (when we’re not criticizing them for seeking attention).

When Prince or Bowie played with gender or were sexually charged, they were pioneers. They were challenging. Prince could be a “Sexy MF,” while Madonna was expected to constantly apologize for being sexual. Now that she’s older, she doesn’t have to apologize, but she is expected to cover up and stop it already. I wonder if Madonna will be talked about the same way as Prince, or as Michael Jackson was. Will things like her artistic vision, her songwriting, her producing, her creativity, how she inspired and continues to inspire — will any of that matter?

I think of women like Beyoncé, and Lady Gaga, who have continually pushed boundaries, reinvented themselves, and made substantive statements through their art from a fiercely feminist perspective. Who yes, were heavily influenced by the likes of Bowie and Prince, as so many others were, because of the unchangeable fact that they happened to be born after these two giants. The way that Bowie and Prince were themselves inspired by those before them. They nonetheless made their statements their own, and bring substance to popular music in a way that others don’t. 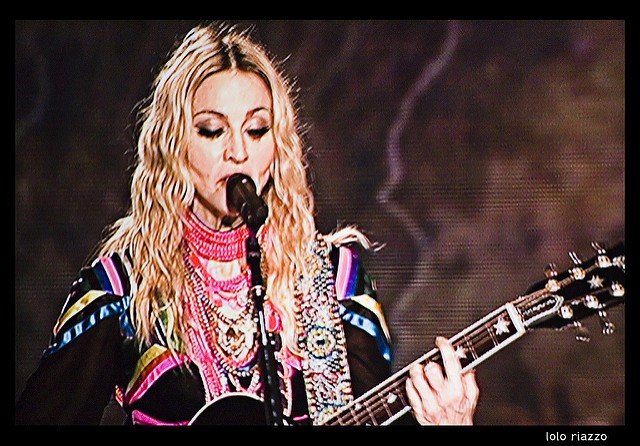 I think of women like Taylor Swift, who has always written her own songs, plays multiple instruments, writes and produces for other artists, and owns her own independent record label because she, like Prince, will not be the music industry’s slave.

The word GENIUS is used arbitrarily, even with regard to men, and art is subjective. What means GENIUS to one person might not be GENIUS to someone else. Yet it seems to be more readily accepted as fact when it’s applied to a man. Fusion has a great article about how, in the social media discussion of Lemonade, as well as of Beyoncé’s previous Grammy wins, the “criteria” for GENIUS seems to be “doing it all yourself.” As if any of the men we label GENIUSES did anything completely on their own.

So, to many people, Beyoncé isn’t a GENIUS, because she collaborated with other songwriters on Lemonade, whereas Prince is credited as having written most of his songs himself. Leaving aside the fact that the people credited with writing a song has more to do with agents, lawyers, perception, clout and who gets paid royalties than it does with actual contributions, Prince collaborated plenty, and that didn’t reduce his GENIUS. As Kelsey McKinney writes at Fusion:

In other words, sole authorship is the hallmark of a true genius. This argument may sound familiar. American mythology is littered with the names of men who acted alone. Paul Revere singlehandedly blazed a trail for the future of the country. We love the myth that Steve Jobs, unassisted, built a technology empire in his dorm room. But myths are exactly what these reductive stories are.

Throughout the history of art, innovation has rarely come about in a vacuum. Imagine the ceiling of the Sistine Chapel as a work in progress. What do you see in your mind’s eye? Is it Michelangelo lying on a raised platform, toiling long and lonely hours into the night? Because that’s wrong. That masterpiece of Western art was completed by Michelangelo and his 13 assistants. Was he the mastermind, the visionary? Absolutely. But he didn’t work alone.

Collaboration breeds creativity, and no one can claim that Lemonade isn’t a creative album. Unlike so many pop songs by so many artists that sound so similar to one another, Lemonade is filled with songs that no one else could have made, from the country twang of “Daddy Issues” to the synthed-up “Sorry.” 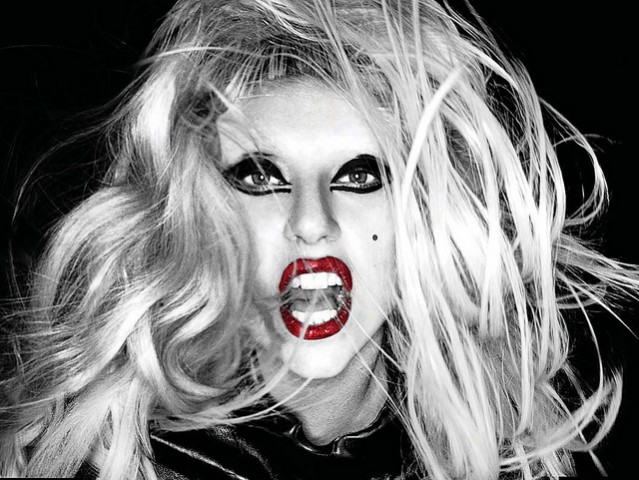 We know that the music industry doesn’t take kindly to young, beautiful women who dare to be talented. Is it possible that even someone at Beyoncé’s level, or Madonna’s, is fought harder with regard to things like credit on a song, whereas a male artist might be seen more as the creative force, or the “architect” of an album and have that position more readily respected? It’s not an unreasonable question.

Because in my universe, I know that Gaga has been playing piano since she was four, got accepted to Julliard when she was eleven, left NYU’s Tisch School of the Arts when she got a songwriting deal with Interscope, and spent years writing for other artists before she started making a name for herself. I know that Beyoncé has been performing since she was eight, has the voice of an angel, a creative mind, and has grown into a thoughtful, political artist who strives to use her enormous platform to improve the lives of black women. I know that Taylor Swift convinced her parents to move her from Pennsylvania to Nashville to pursue a country music career at fourteen, and she’s become an independent producer big enough to be able to turn tides in the music industry by writing letters to Apple, all on the strength of her songwriting.

And I wonder…is music made by women taken as seriously? When we say there’s “no one” out now that we predict will have this kind of impact, do we really mean “no male artists?” Because I’ll be damned if Beyoncé and Lady Gaga don’t come close as far as musical talent, creativity, or impact on a generation. Female artists across all disciplines are just…talked about differently. They’re not “successful,” they’re “good at marketing.” They’re not “talented,” they’re “popular,” as if the two are mutually exclusive. They certainly weren’t exclusive for Prince. Or for Bowie. 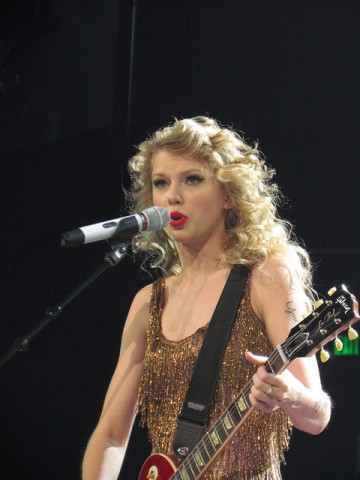 Are they taken less seriously especially when they choose a more pop music sound? Does genre make them inherently “less-than?” Is it because women are expected to talk about their feelings all the time? So…it’s not seen as GENIUS, because that’s just what women do? Go on and on about their feelings? And the things they write songs about just aren’t “as important?” Them writing through the prism of their own experience is trivial?

There are so many parallels between the careers of men like Bowie, Prince, and Jackson, and women like Madonna, Beyoncé, and Gaga: precocious, versatile young musicians (multi-hyphenates, really) who experiment with a number of genres and grow up to change their industry, as well as the wider culture. Yet, it seems as though whenever men do things like challenge gender roles and norms, express their deepest emotions, or are even simply just amazing musicians, they’re applauded in a way that women just…aren’t. Whereas when women talk about gender through the prism of their own experience, play multiple instruments, write their own songs, run their own careers…​*crickets*​

Not ​*crickets*​ exactly. Obviously Madonna and Beyoncé and Lady Gaga are all super-famous. Guaranteed, when Madonna dies, it’ll be all over the news. But I have the nagging feeling that the way she’ll be talked about will be different, because she’s female. And I genuinely don’t understand why.

I wish the word GENIUS weren’t gendered. It isn’t, theoretically. In practice? That’s another story.