Is James Franco's Lack of an Oscar Nom a "Snub?" | The Mary Sue

Can We Really Consider James Franco’s Lack of an Oscar Nom a “Snub?” 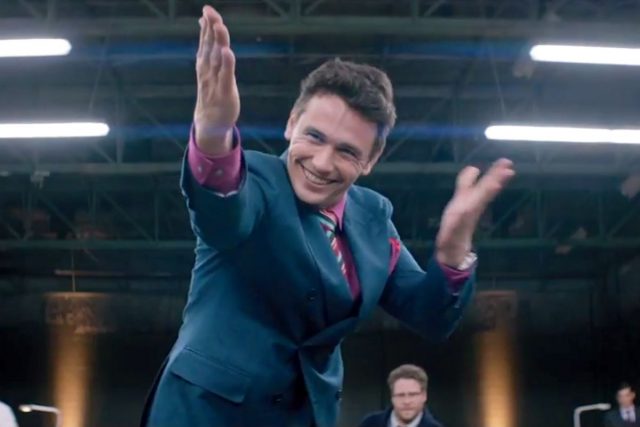 When the nominations for the Oscars were revealed, one name people found missing was James Franco for The Disaster Artist. Franco had previously won a Golden Globe for his role in the performance, but when articles were released lambasting him for his hypocrisy for wearing a #TimesUp pin while having had allegations against him of behaving inappropriately around younger women, there was suddenly no Oscar nod.

Not only that, but it was revealed that Franco was also digitally removed from the Vanity Fair cover where he would have been alongside Michael B. Jordan, Reese Witherspoon, Nicole Kidman, Claire Foy, and Michael Shannon.

Franco has denied the allegations made against him by former female students of his and others, claiming on The Late Show With Stephen Colbert and Late Night With Seth Meyers that called the allegations are “not accurate.” Yet it has been speculated that Franco is being “snubbed” because of the backlash against him.

Well, let’s look at the nominees for Best Actor shall we:

TIMOTHÉE CHALAMET
Call Me by Your Name

DANIEL KALUUYA
Get Out

Now, if we look at all of these movies they have something very important in common, they are really dramatic movies with really dramatic performances. Denzel Washington, Gary Oldman, and Daniel Day-Lewis are all acting favs, while Chalament and Kaluuya both stared in movies that were huge social movies as well as powerful performances. The Disaster Artist is a comedy and comedies tend to get “snubbed” in general.

Franco may have taken home the Golden Globe instead of Kaluuya, but as we’ve talked about before, the categorizing of Get Out as a comedy in that awards ceremony was a problem from the beginning.

I’m very sure that Vanity Fair removed Franco because of the allegations, but in terms of the Academy, I’m sorry to say that I don’t give them that much credit. Yes, I know efforts have been made to modernize it and allow more voters from different backgrounds, but when it comes down to it, the Academy supports itself. Look no further than its nomination of Gary Oldman.

Oldman has been accused of domestic abuse in the past, when in 2001, Oldman’s then-wife, Donya Fiorentino, filed papers in L.A. Superior Court alleging that Oldman had assaulted her with a telephone.  Kobe Bryant, who secured an Oscar nomination for a short film called Dear Basketball despite his extremely well-known rape case. Johnny Depp still has a thriving career with plenty of defenders. Casey Affleck won an Oscar amid very public allegations of sexual misconduct. Nate Parker was defended up until the point it was revealed his movie Birth of a Nation wasn’t very good anyway and he was carefully swept aside.

Hollywood chooses who it wants to save and defend. While we are very quick to “blame” #MeToo or #TimesUp let us remember that if these allegations are true, these men did these things to themselves. Asking their businesses to hold them accountable shouldn’t be seen as a “snub” nor should that be the biggest takeaway from what is happening to James Franco.

I believe Franco wasn’t nominated, because he was never going to be nominated. The Disaster Artist is a funny film, but funny films rarely get to win Best anything unless they are given their own separate category. Plus, when it comes down to it, Franco has enough support in his personal life to bounce back.

According to HuffPo as of Jan. 18, “he has 14 movie projects in various stages of development, films that he is starring in, producing, directing.” So may not be getting an Oscar, but he still has a career. So, until Judd Apatow cuts him off, I’m not sure anyone needs to be worrying about Franco’s career or feeling sorry for him. He’s not snubbed. Not where it counts.