Look to the Skies! Tonight’s Camelopardalids Meteor Shower Could Be Quite Spectacular

"A brand new meteor shower for a brand new you!" - Camelopardalids marketing department 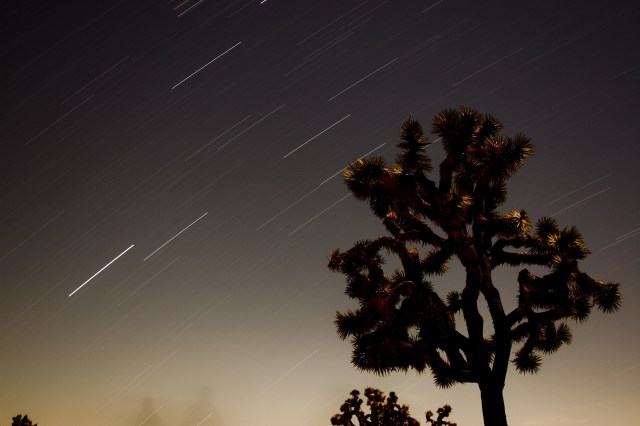 Tonight a new meteor shower, the Camelopardalid, is expected to hit the skies. It could be a big one with as many as 400 meteors per hour, so make plans to head somewhere dark, get comfy, and start making a list of wishes — you might be getting a lot of them.

The Camelopardalids are (hopefully) going to be made up of the debris from comet 209P/LINEAR. This comet will be passing within about five million miles of Earth later this week, but tonight our planet will be passing through its debris trail. That’s right. Meteor showers are basically burning comet poop.

Although 209P/LINEAR is a lot smaller than most comets, we’re also much closer to it than most comets that cause meteor showers, so we should be getting a lot of debris. Don’t worry though, it’s all small enough that it will burn up beautifully and harmlessly in the atmosphere.

The meteors should be originating from the Northern sky near Polaris, but if we get the full show, astronomers are predicting it shouldn’t particularly matter where you look because they’ll be all over the sky. The shower is expected to peak around 3:20AM ET as we pass through the debris trail, but Bad Astronomer Phil Plait suggests checking every half hour or so once it gets dark. Speaking of Phil Plait, here he is helping us all pronounce camelopardalids:

Here’s a little help on how to pronounce the meteor shower name “Camelopardalids”. https://t.co/IW1o76LCPG

If the weather’s bad where you are tonight, you can at least catch a live stream of the event over on the Virtual Telescope Project.

(via Bad Astronomer, image via Kolby)