Rosetta Has Finally Spotted Her Comet, Sent Back First Images 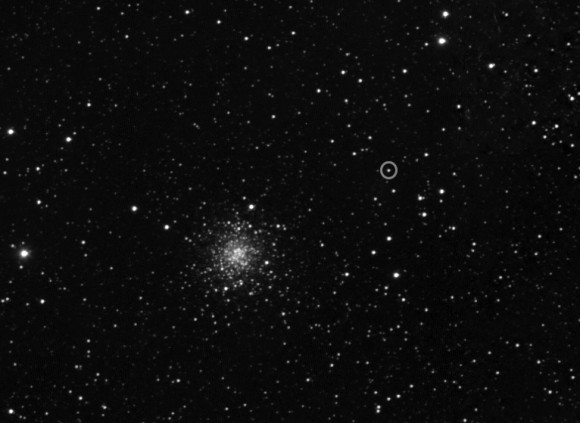 Pictures taken by Rosetta earlier this week confirm that the ESA’s little spacecraft that could is right on track for her rendezvous in August with 67P/Churymov-Gerasimenko. For the first time, Rosetta’s OSIRIS camera has captured images of the comet on which she will attempt her unprecedented landing.

“Finally seeing our target after a 10 year journey through space is an incredible feeling,” said Holger Sierks, OSIRIS principal investigator. “These first images taken from such a huge distance show us that OSIRIS is ready for the upcoming adventure.” Rosetta’s ten year mission to analyze a comet’s composition and possibly gain a greater understanding of the origins of life has often required the ESA to rely on blind faith and trust that their spacecraft is continuing her quest, so any confirmation that she’s on course is cause for celebration.

Here’s a statement from the ESA explaining how Rosetta must begin preparing for her comet close encounter now that she has the target in her sights:

Currently, Rosetta is on a trajectory that would, if unchanged, take it past the comet at a distance of approximately 50 000 km and at a relative speed of 800 m/s. A critical series of maneuvres beginning in May will gradually reduce Rosetta’s velocity relative to the comet to just 1 m/s and bring it to within 100 km by the first week of August.

The Space Agency also posted this video today showing how 67P/Churymov-Gerasimenko will appear to Rosetta as she slows her velocity and approaches landing.

The first week of August will be so exciting! Summer love is the best! Come on, Rosetta is about to penetrate Churymov; I think I can be forgiven a little personification.