Calls Is a Fascinating Adventure in TV Storytelling 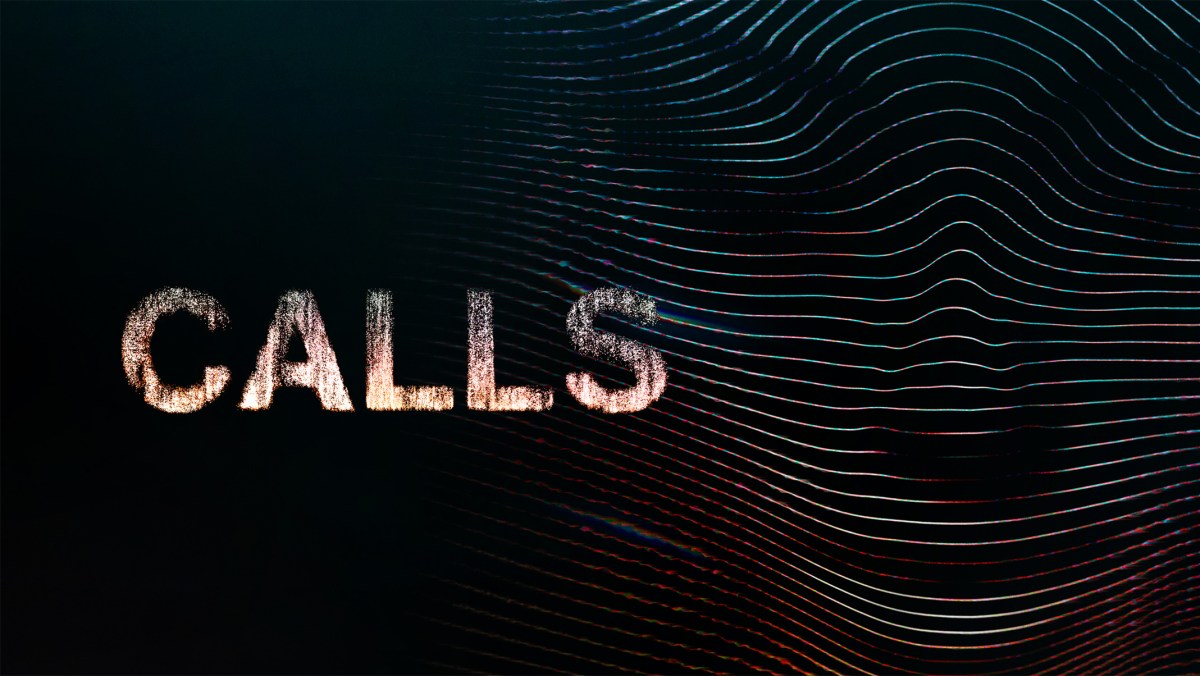 When I heard about the Apple TV+ show Calls, I expected it to be something I only watched (or, I suppose, listened to) for the actors involved. So, I was pleasantly surprised by the Fede Álvarez project and its unusual way of telling stories on TV. Relying on the audience and their imagination, the show forces us to listen to the stories being told (with only the dialogue written out onscreen as the phone conversations unfold) and imagine what is happening in the world of these callers.

Starting with “The End,” the series is woven together by giving us the final moments these callers have and sharing the journey the world has gone on for (roughly) the last year—no, not what we’ve gone through in the real world. They’re dealing with something else. What I loved so much about Calls was its use of genre in each episode. We start the series in a very science-fiction based world, fear creeping into me as I listened to Sara (Karen Gillan) explain what was going on outside her New York apartment.

But then, just as I was afraid I’d be on the edge of my seat in fear with each episode, the second threw me into a heart-wrenching story for Mark (Aaron Taylor-Johnson) as we listen to him cope with news. And just as quick as our emotions shifted between these two episodes, they’re thrown for a loop again with “Pedro Across the Street” as Patrick (Mark Duplass) and Pedro (Pedro Pascal) banter back and forth over the phone.

The show goes on like this, batting our emotions back and forth with each new episode, and every turn had me longing for more of this story. I cared about each of these characters that we were given a glimpse of and wanted to know about their lives, what they were willing to change, and how they were coping with the world clearly shifting.

I don’t want to get into spoilers for the series because watching/listening to these stories unfold is absolutely worth your time and energy. The individual calls themselves help to weave a larger picture, and the storytelling aspect of Calls is like nothing I’ve ever experienced before. Sure, it has the same energy of scripted fiction podcasts, but there’s something about Calls that is even more appealing.

Maybe it’s the visual aspects of this show paired with the auditory method of storytelling that gives us, as the audience, free rein to picture what is happening for ourselves. Or maybe it’s just that we were given so little about these characters that makes it fascinating, but there wasn’t a single episode of Calls that I didn’t like. Each other them painted a larger story, and when we finally got to the overarching theme, it felt like a punch to the gut in the best possible way.

On top of the stories being absolutely brilliant, the cast for Calls is a collection of actors that have captivated fans over and over again. From Lily Collins, Nicholas Braun, and Karen Gillan in the first episode to Gilbert Owuor, Laura Harrier, Aubrey Plaza, and Danny Pudi in later episodes, it’s just a constant flow of names we know and love. (I will admit to this show making it very clear that I can spot Pedro Pascal and Clancy Brown’s voices without missing a beat, and I don’t know how I feel about that.)

I fully did not expect to cry and laugh and scream all within the span of one show, and yet that’s exactly what these episodes did. It’s a fascinating way of storytelling, and I hope that others enjoy Calls as much as I did.