Call of Duty: Black Ops Trailer is Out in HD! Watch it Here. 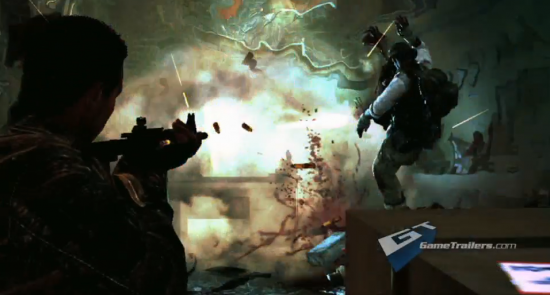 This morning, we found out that the seventh CoD game is going to be called Call of Duty: Black Ops. As of 12:40 tonight, we know what it looks like, thanks to a trailer for the game that just debuted on GameTrailers TV. There’s not a ton of tangible new information to be had here — it’s a fairly short trailer — but it sure is visually impressive:

According to Destructoid, gameplay in CoD: Black Ops will take place not only in Vietnam, as had been rumored for a while (one rumor prior to today’s announcement was that the game would be called Call of Duty: Vietnam), but also in Cuba and the Arctic. According to the trailer, the game is set for release on November 9, 2010.