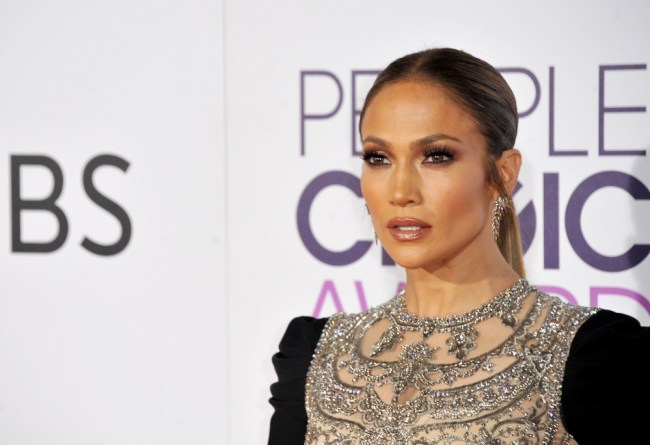 NBC loves them their live musical events, and we are closing in on their next offering, Bye Bye Birdie, which both stars, and is Executive Produced by Jennifer Lopez. Broadway legend, Harvey Fierstein, has adapted the musical’s book, and has made some substantial tweaks to bring this picture of 1960s Americana into the 21st Century.

For those who are unfamiliar, Bye Bye Birdie is the story of a music agent named Albert who represents an Elvis-like singer named Conrad Birdie who, like Elvis, is going into the Army. Before he enlists, Albert comes up with the idea for Conrad to give a lucky contest winner “one last kiss” before he goes off to war. The musical then goes on to explore the coming-of-age of that contest winner, 15-year-old Kim MacAfee; the relationship between Albert and his secretary/girlfriend Rosie; and how all of the town of Sweet Apple, Ohio deals with Birdie Fever. 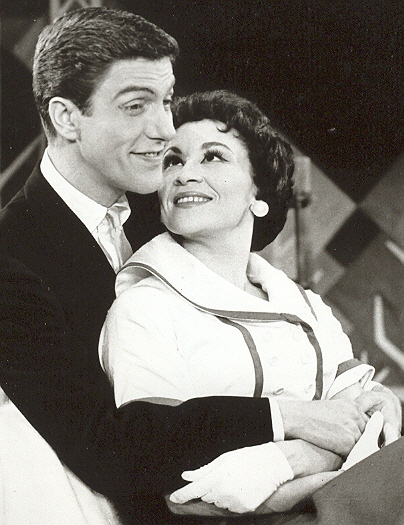 What I’ve always loved about the original Broadway production (which won the Best Musical Tony in 1961) was that it centered the experience of a Puerto Rican woman. Dick Van Dyke starred as Albert and Broadway legend Chita Rivera starred as Rosie Alvarez, earning a Tony Nomination for her role and portraying a nuanced depiction of a Latina in the U.S.

The song “Spanish Rose,” which was in the original Broadway production and was adapted in the 1995 TV movie starring Vanessa Williams as Rosie is a defiant run-down of just about every Latinx stereotype in response to a racist potential mother-in-law. While props must be paid to the original from The Queen…

…I prefer the lyric changes in the 1995 version:

Regardless of the version, Rosie’s Puerto Rican identity was established in the original source material by giving the character a Latinx last name and casting a Puerto Rican actress to play her. Since then, things got a bit wonky in that department. In the 1963 film, Van Dyke was invited to reprise his role as Albert, whereas the role of Rosie was not only recast with Janet Leigh, but her Puerto Rican identity erased, her last name changing from Alvarez to DeLeon, so as to make her ethnicity less specific. “Spanish Rose” wasn’t used in the film.

In the 1995 version, “Spanish Rose” did appear, but the role was played by Vanessa Williams, who is not Latina. At least a woman of color was playing the part? And, to be fair, I actually loved her performance.

Still, this upcoming live version is a chance for there to be a filmed version that gets everything right. Harvey Fierstein told The Hollywood Reporter that there were several things that concerned him when taking on this adaptation.

“I want to be true to the time it takes place but at the same time, having Rosie be Albert’s secretary whom he’s having an affair with is a little sexist and old-fashioned. I didn’t see any reason for that. So I changed that. I made them both high school teachers.

“He’s the English teacher who writes a song, and she’s the music teacher who says, ‘I’ve got a great kid with a great voice. He ends up being Conrad Birdie, who’s supposed to only take one summer off to promote the record but turns into a star. It’s been eight years and Rosie just wants to go back to their real lives. It really makes a lot more sense that way.”

It really does make a lot of sense, though it would require a bit of tweaking to the song “An English Teacher.” Still, it’s awesome to see that Albert and Rosie will be equals in this version.

Doubly awesome is the fact that Rosie will be played by a Puerto Rican triple-threat again! This time, Jennifer Lopez is doing the honors, and as she’s an Executive Producer on the project, this new live version will “accommodate Lopez’s wish for the airing to highlight Rosie’s struggles as a Puerto Rican woman about to hit middle age and in a relationship with a man afraid of commitment, as seen in the original musical’s book but lost in the 1963 film.”

I can’t wait. Bye Bye Birdie is the first live musical from NBC that I’m genuinely excited about! Will you be watching?