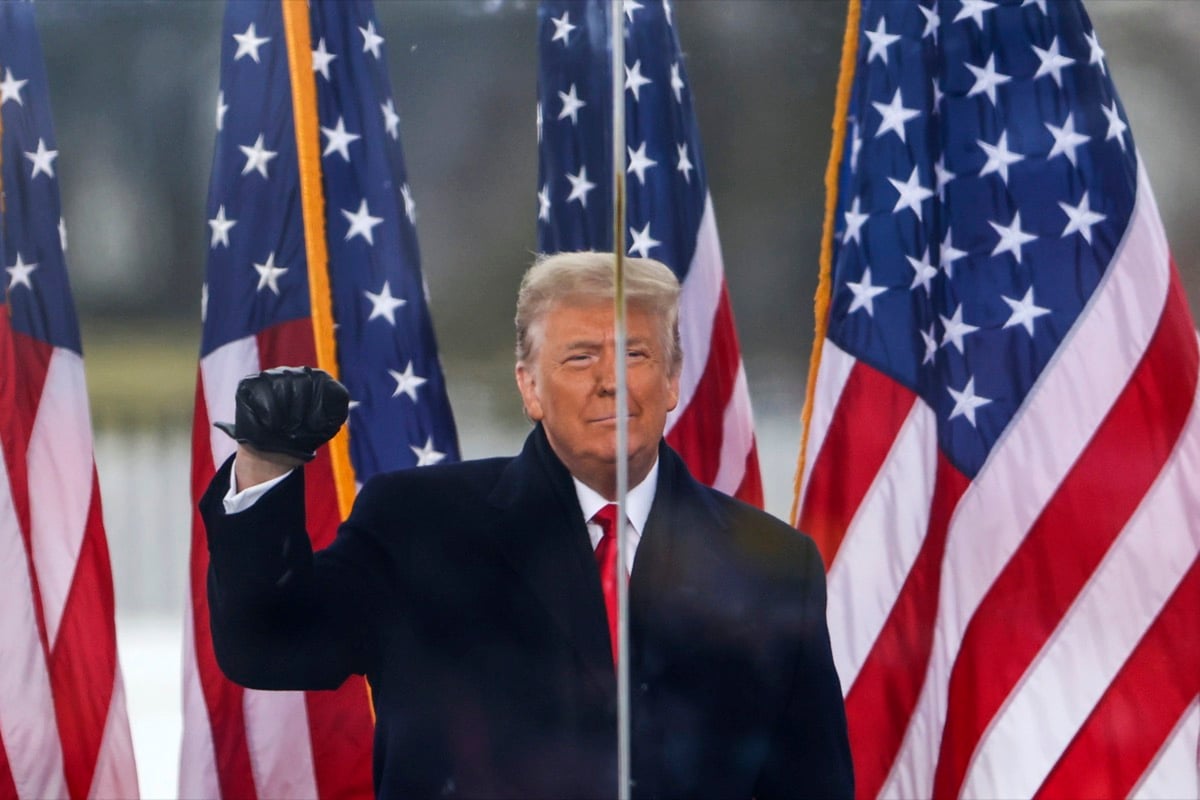 We’re down to the one-day mark. Donald Trump is on his way out, and we’re one step closer to being bored for a hot second. Can’t wait to remember what being bored and not stressed is like.

As we’re preparing to say goodbye to Donald Trump (more like throwing his boxes out on the street and yelling “STAY OUT”), many have taken to the internet to share their excitement in different ways. Basically, we’re all just trying to have some kind of fun to distract ourselves from the longest day in the world. It’s only 24 hours, and yet, this day has been 8 years long as I wait for Donald Trump to GO.

Don’t worry, there are plenty of jokes about the Ramones’ “I Wanna Be Sedated” going around.

I wanna be sedated

Please put me in a coma until this time tomorrow https://t.co/nm2tLvvxaY

I WANNA BE SEDATED.

Personally, I’m rewatching the 2013-2015 show Graceland because I want to spend this last day in hell with Aaron Tveit and Pedro Pascal. A show filled with FBI agents and people running around Los Angeles, it’s one of those things I watched in college and stopped once I graduated (in 2014) so instead of trying to figure out where I was, I’m just starting it again. Must have something to distract myself with.

You can watch whatever you want. I’m just a person who knows what I want, and that’s a show filled with men I think are pretty. But watch movies, listen to music, do whatever to celebrate that Donald Trump will only dominate the news world for another day. After that, no more. Stop talking about him. He vanishes. I don’t want to hear his name again.

It’s also a great day because it’s Trump’s final hours as well as Dolly Parton’s birthday! The true savior since we have a vaccine for COVID because of Dolly Parton (I would truly die to protect Dolly).

Today, the last day of the Trump presidency, is also Dolly Parton’s birthday. Great vibes all around. pic.twitter.com/fnhVqTZhbY

good morning, it is dolly parton’s birthday *and the final day of donald trump’s presidency.. i’m so happy i could cry 🥲 pic.twitter.com/GjuxRr3nxN

Take care of yourself today, celebrate, and remember that Trump still needs to be tried for his crimes, as well as the Senate voting to make sure he doesn’t have the option to run for president again.

realizing it’s only 2 and we still have like 20+ hours in this fucking presidency pic.twitter.com/VIbqiLyd6q