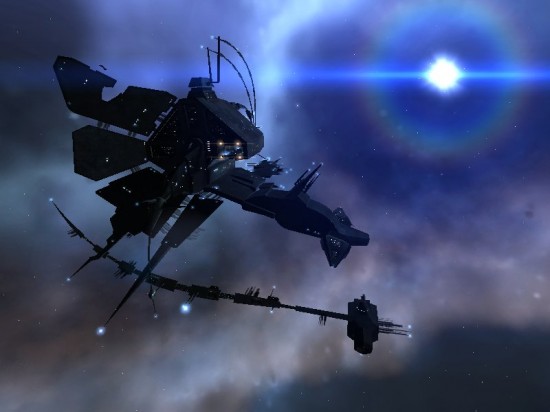 In-game economies are one of the more fascinating aspects of multiplayer games, and one of the most complex would probably be the space-themed MMO EVE Online. Now, some players are leading an all-out assault on the Jita system, the largest trading hub in the game, in an attempt to destroy EVE’s economy. In response to this existential threat, the game’s developer CCP says: Have at it.

According to Eurogamer, the assault — called Burn Jita — is being led by Alexander Gianturco. Gianturco, who sometimes goes under the name “The Mittani,” is leading a group called the Goonswarm, named for their affiliation with the Something Awful forums. The group has already amassed a fleet of 14,000 Thrasher destroyers in an attack scheduled to begin tomorrow, though the battle may have begun early.

Sometimes chided for being more like work than play, EVE has built a complex economy and an enormous base of dedicated players that sometimes go so far as to organize themselves into corporations outside the game to reap in-game benefits. Though many games have cooperative aspects, the lengths players go through to be participant in the game’s economy is truly breathtaking.

Speaking to Eurogamer, the game’s lead designer Kristoffer Touborg said that this kind of enormous player-generated event is what makes EVE unique, and as such, should be allowed to happen:

“It’s what makes Eve a really good game,” he said. “Do you want to play a 15 minute match of Call of Duty that you won’t remember the next day, or do you want to spend four months manufacturing 14,000 Thrashers to do this? It’s just so big and awesome.”

Touborg went on to say that the assault might be good for the game’s economy, where many well-off players will lose a hefty chunk of their buying power and be forced to start again.

Unfortunately, this interesting exercise in virtual economies has a darker side. Prior to his attempt to destroy the existing EVE economy, Gianturco made waves in the EVE community for encouraging a depressed player to commit suicide, and for others to join in. This sparked understandable outrage, and eventually led to Gianturco being banned from the game for 30 days — the end of which is noticeably tied to the beginning of the Burn Jita assault.

This article has some more information for what, exactly, Burn Jita would accomplish. It seems that the plan is simply to kill everything in the area, and lay siege to it for as long as possible. The outcome would be scarcities and a reshuffling of the current economy, but most players would probably seek out a new place to sell their wares. Still, it could have far-reaching effects within the game world.

(via Eurogamer, image via EVE Wiki)