Build-A-Bear X Animal Crossing Is Happening and I Have a Wishlist Long Enough to Fill Nook’s Cranny!

How much of a loan will Tom Nook give me so I can buy everything? 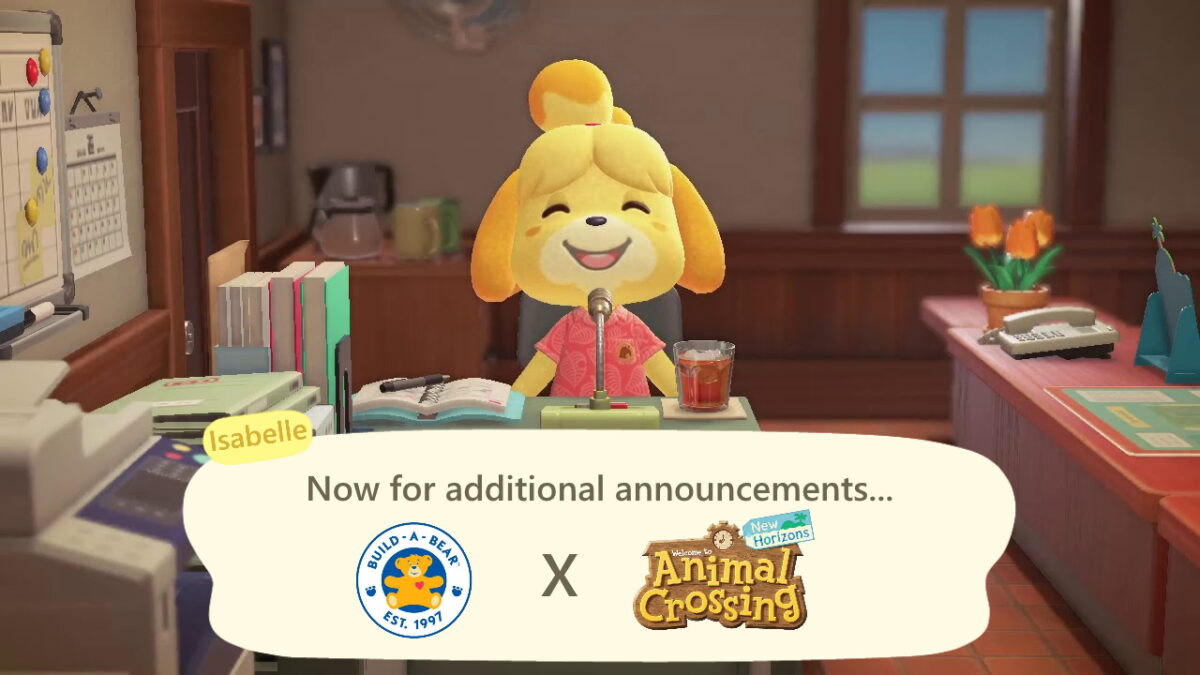 There are certain collaborations that happen that make you go, “Yeah I saw this coming but OMG I’M SO GLAD IT’S HERE!” Case in point? This Build-A-Bear/Animal Crossing collaboration:

COMING SOON! Our Animal Crossing™: New Horizons collection is full of fun for all ages. Sign up for free email and text updates so you don’t miss a thing!

Animal Crossing is perfect for huggable, loveable friends, so it makes sense that Build-A-Bear would enter into this New Horizon. That and, well, you’re either still playing Animal Crossing: New Horizons (me, it’s me), or you, at least, still have fond memories of your island paradise and the series as a whole. Build-A-Bear and “franchise with cute mascots you wanna snuggle” go together like Tom Nook and home loans, so I’m excited to see who’s gonna be added to the collection.

Until then, I’m activating that Daydream React to talk about which characters I’d love to have plush for. Before I do, some quick notes: 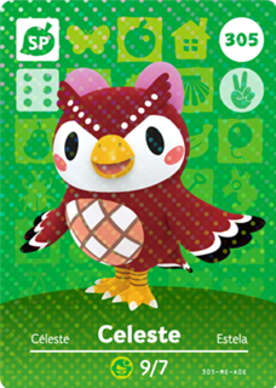 I adore Celeste so much. She’s the cutest celestial birb. I don’t even mind that her only gift to me lately is star bits because I have all of her recipes (unless if it’s a new zodiac recipe). The way her eyes light up when she sees a shooting star is just so precious. I wish I could see her on a daily basis the way I see her brother, but hey, museum facts are fun, too. 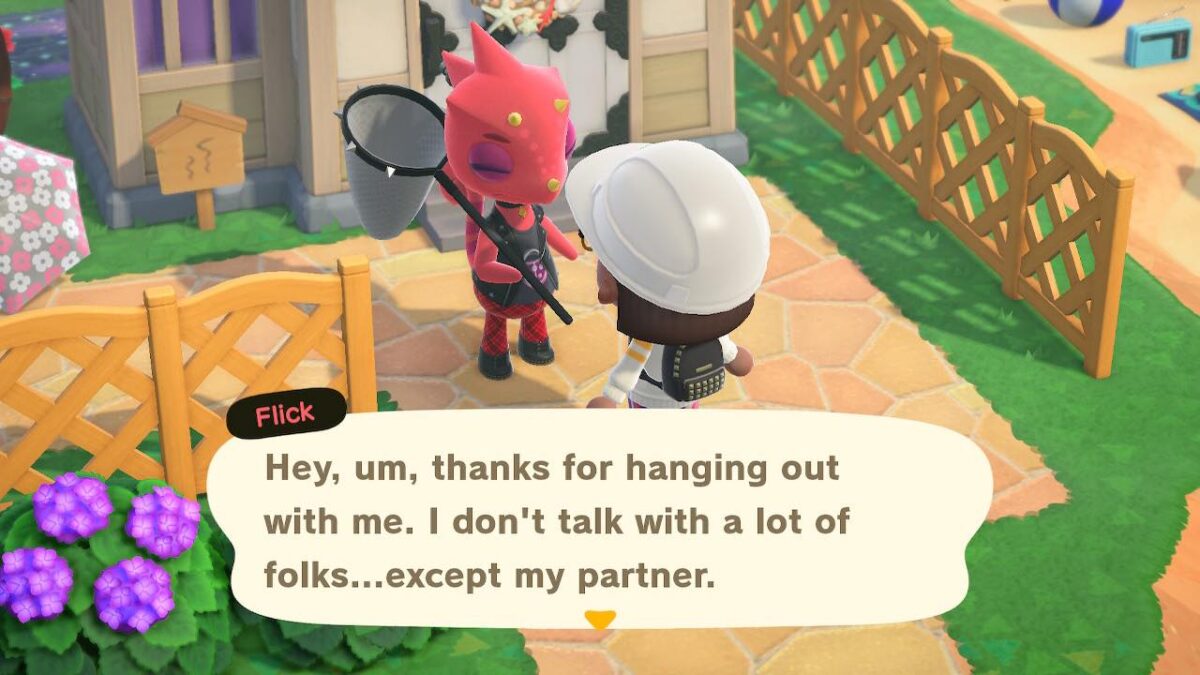 Give me my soft goth chameleon artist who waxes on about his love for bugs, does commissions for free (???), and gets all shy when he goes on about the fire that burns in his heart over the elusive Atlus Moth. 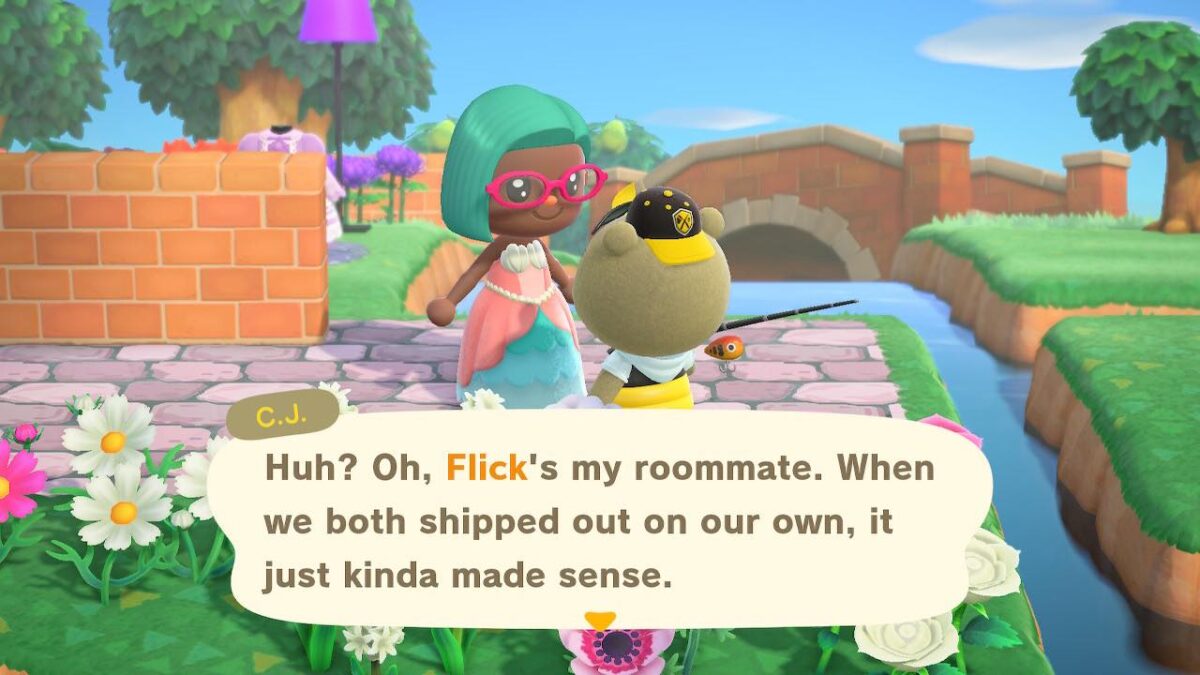 I can’t have Flick without CJ. It’s impossible. I want my fish pun beaver in plush form.

Do you think Build-A-Bear will have different T-shirts and accessories? Can I get a fishing pole for CJ? CAN I?! 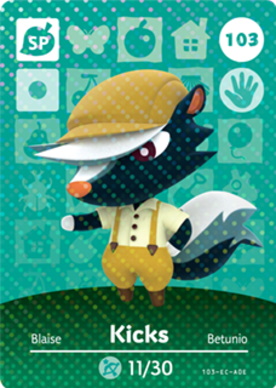 The hat. The suspenders. The multi-colored tail. On top of the fact that Kicks is super cute, I greatly appreciate his hustle. Standing outside for hours selling his wares, he really does appreciate your business, chum. 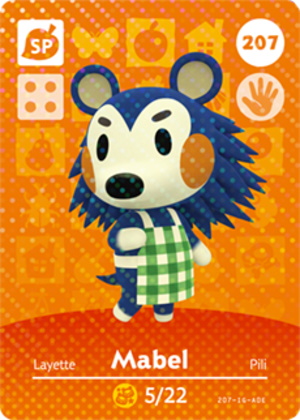 Honestly, I love all of the Able Sisters, but admittedly, I’ve been far too much time running around the shop just to get Mabel to chase after me. I have plenty of room in my heart for another blue hedgehog in my collection. 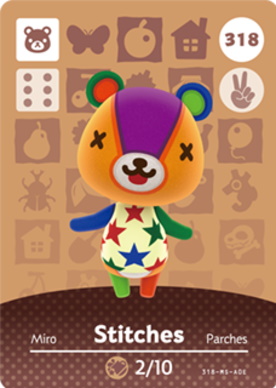 The design of Stitches is enough reason to want a plush of him. The patchwork bear has been one of my villagers for months and I would happily make space for him with my other plush. Sadly, there’s no real way for these plush creatures to repeat back their words of wisdom to you, and as a Lazy type, Stitches has some real gems. 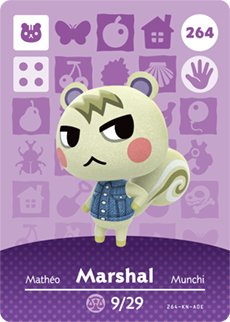 I’ve had a lot of Smug villagers on my island, but something about Marshal seems to outdo them all. I don’t know what it is about this tiny squirrel who, at one time, was repeating the same things that two of my other Smug villagers were saying, but whenever it’s him talking about being put on his guest lists I’m always glad I made the cut. 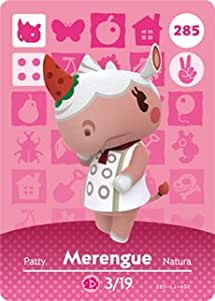 Because I want a rhino with a strawberry nose.

Because I want a rhino whose head is covered in whipped cream.

That’s it that’s all I got. 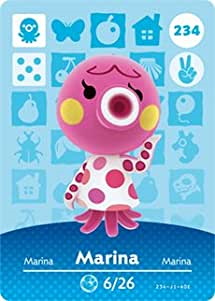 As to be expected, I’ve gone through a slew of Normal villagers, but THIS one just makes me so happy. I’ve never even had Marina as a villager, but I’d see her on my wife’s island and she was just so sweet. Who doesn’t want a pink octopus who whispers to you how she, gasp, didn’t finish the book for the book club meeting? 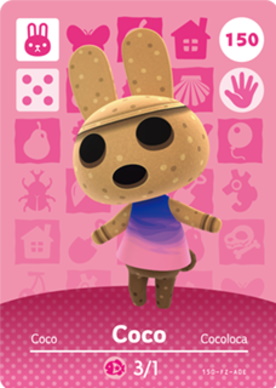 Much like Marina, I never had Coco on my island, but a friend of mine did and I’m still wondering how this game made a rabbit with a hollow head and empty eyes look cute.

That and, well, one of us gave her a pair of funny glasses, you know, the ones with the giant sparkling anime girl eyes? Best idea we’ve ever had.

And that’s my list! What villagers are you hoping to see in this new collaboration?