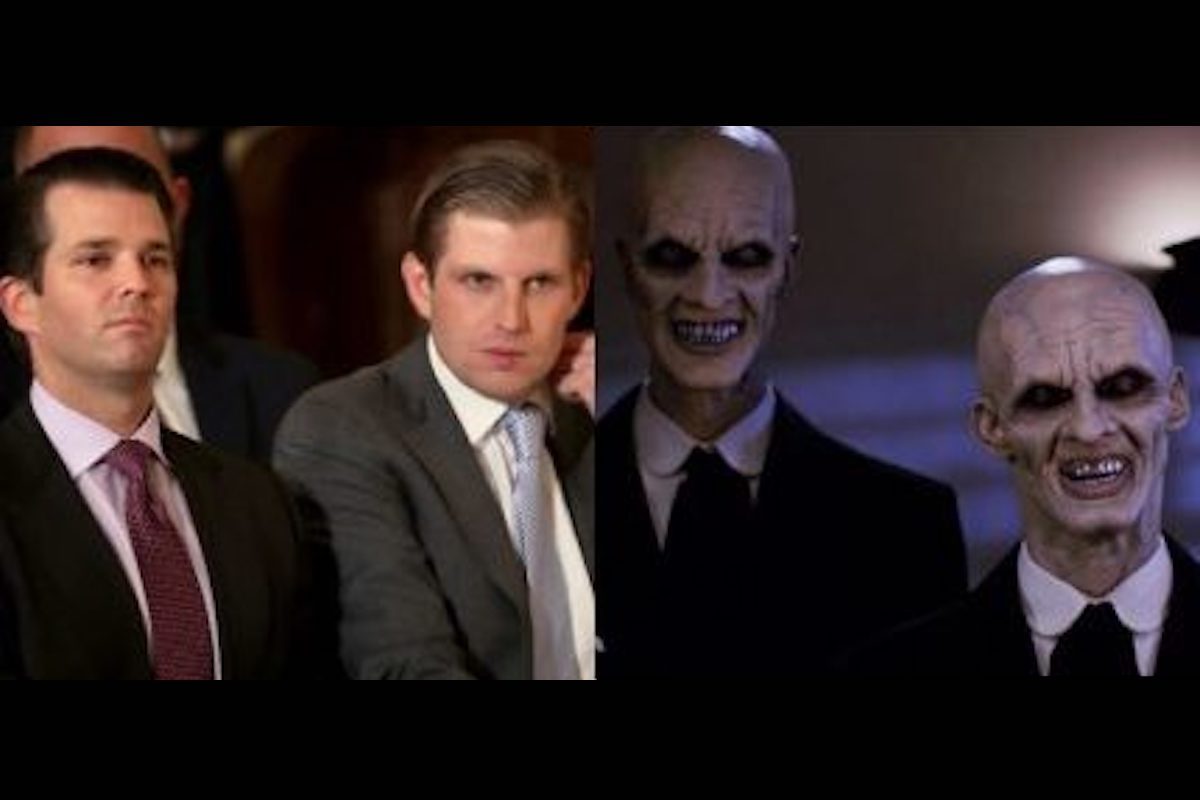 Is there a rogues gallery more insidious than the individuals currently occupying the White House? We’re nearly two years into the Trump administration, and we’ve been trapped in a never-ending cycle of cruelty, incompetence, corruption, and lies. Ironically, this daily downpour of abuses puts us in excellent company. After all, Buffy Summers and her team of Scoobies faced off with legions of evil on a weekly basis, and like us, they still managed to laugh, date, and (more or less) graduate from high school.

It’s important, in these troubled times, to be able to step away from the awfulness and kick back at the Bronze with your friends. Or, if the Bronze isn’t available, let’s just make fun of all these jag holes on the internet. So embrace your inner slayer, and let’s take a look at the eerie similarities between the villains of Buffy the Vampire Slayer and the IRL monsters running our government. 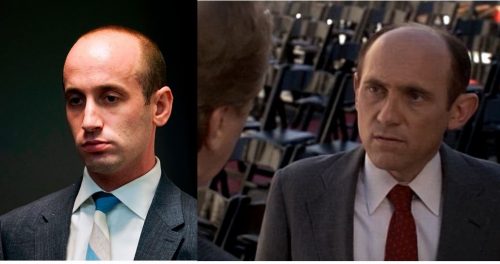 Setting aside the physical similarities (which will haunt my nightmares for days to come), presidential advisor Stephen Miller shares a lot of the same qualities of Sunnydale High’s Principal Snyder. Both are paranoid conservatives who are hungry to control those in their purview. Miller and Snyder also share a similar disdain for the people/students they are supposed to protect. Fingers crossed that when this all ends, Stephen Miller also gets devoured by a giant snake. 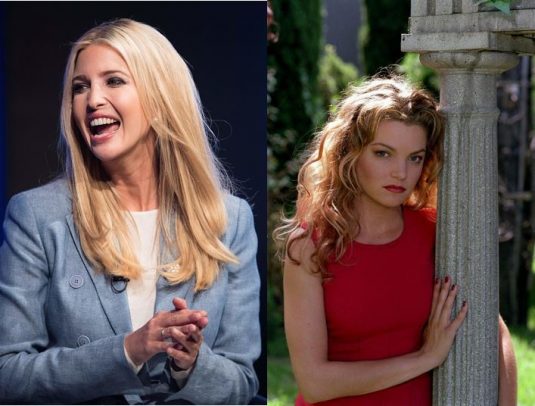 Ivanka and Glorificus are both beautiful blonde women with an army of devoted followers. They are also both women with extraordinary power who only want to use said power to serve themselves and their own vanity. Glory is the most powerful being in the world, yet all she wants to do is destroy the boundaries between worlds to return to her own hell dimension. Ivanka, who has the ear of the most powerful man in America, only wants to use it to further her own financial interests and branding. Also, Jared is basically Ben, right? 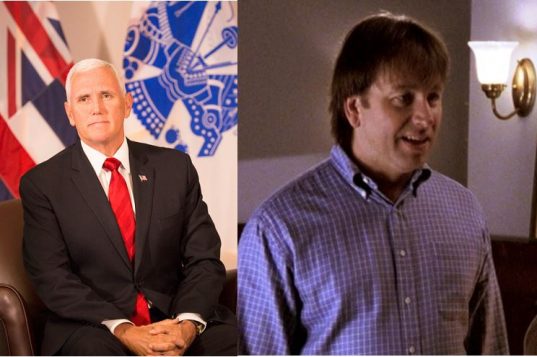 I’ll admit that I went back and forth on this one. While Mike Pence could easily be Caleb, or Tara’s homophobic father, I still can’t shake the feeling that he’s got a lot of square, robo-stepdad Ted in him. Both men are powered by a rigid sense of morality, and I could easily see Mike Pence threatening someone if they cheated at mini-golf. Ted also tries to ship Buffy off to a mental institution when he discovers she’s a slayer (hello conversion therapy metaphor). Also, I don’t have proof, but if someone told me Mike Pence was a robot, I wouldn’t be surprised. 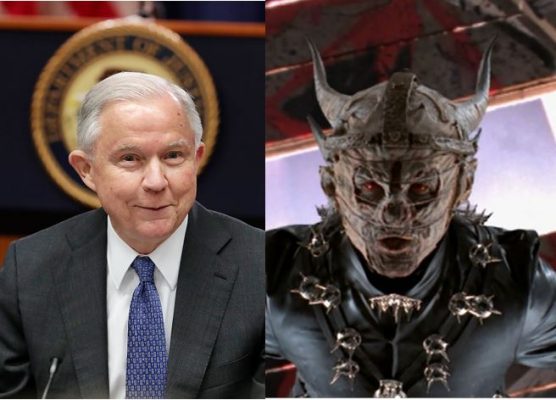 How can something so tiny be so evil? Gachnar appeared in the episode “Fear Itself,” where he was accidentally summoned at a Halloween frat party at UC Sunnydale. Gachnar, the Lord of Nightmares, terrorized the Scoobies by bringing their nightmares to life. Jeff Sessions is also a tiny monster working tirelessly to make our country a nightmare. 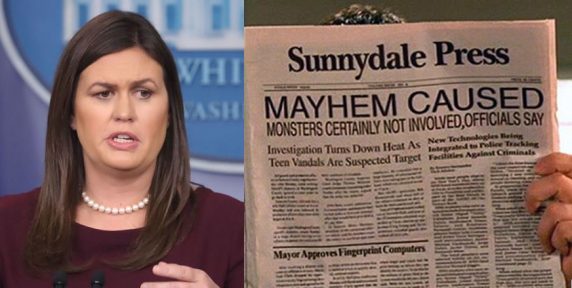 The Press Secretary spends every day lying to the white house press corps and the American people. Are we sure that, prior to her White House role, she wasn’t the editor-in-chief at the Sunnydale Press? They clearly share the same love of falsehoods and “alternative facts.” Yet, for whatever reason, people keep listening to/reading what they say. 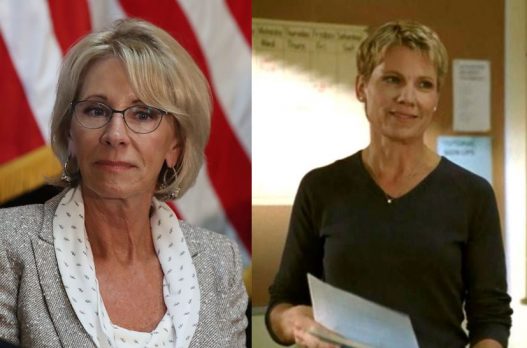 Education Secretary Betsy DeVos wants to reshape schools and higher learning, but her policies and extreme religiosity are harmful to our nation’s students. Professor Maggie Walsh is a college professor with billions of dollars at her disposal, to experiment on demons and students while Frankensteining her own biblical super soldier, Adam. Where is the lie? 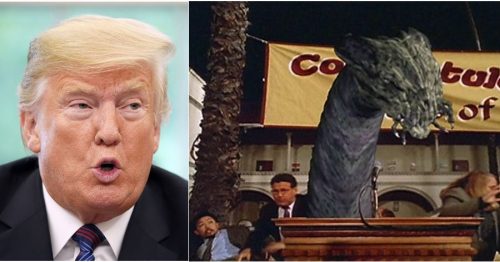 Comparing Donald Trump to Mayor Wilkins is an insult to one of Buffy‘s finest demons. The mayor was a well respected politician who at least had manners and a sense of decorum when he was committing unspeakable evil. Trump is more like the mayor when he transforms into that giant snake beast at the high school graduation: big, dumb, destructive, and willing to eat his own people if they get in his way. That’s Donald Trump in a nutshell.

Who else makes the list? Did I forget any of your favorite villains (real or fictional)?