Bruce Campbell Wants to Be in Doctor Strange in the Multiverse of Madness, so … Let Him! 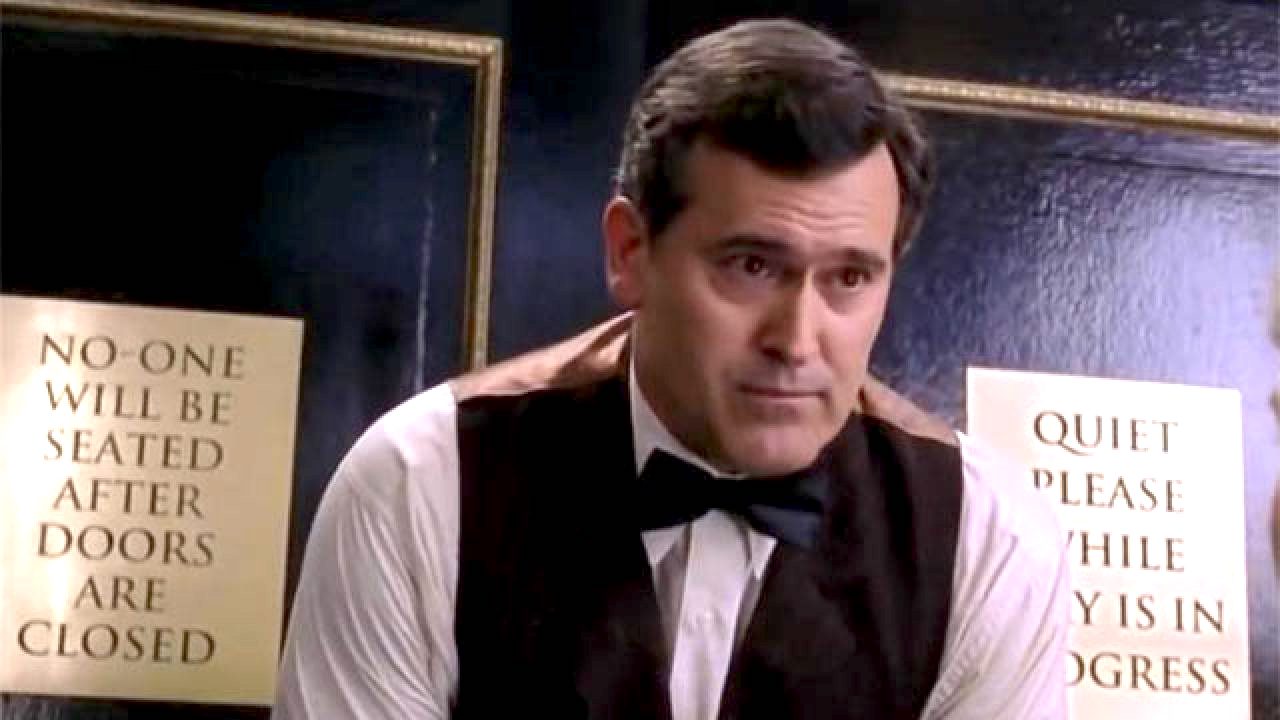 Now that we know Sam Raimi is taking on directing duties for Marvel’s Doctor Strange in the Multiverse of Madness, many fans are wondering how Bruce Campbell will show up in the Marvel Cinematic Universe. Luckily for us all, Campbell has his own suggestion.

Huh. Surely, there must be SOME character to challenge the good Doctor… https://t.co/1ZTpfoE3te

Is this his official audition, or is he just trying to The Secret an MCU role into existence? Either way, I respect it, but also, I just want to be a fly on the wall of the conversation between Bruce Campbell and Sam Raimi about him somehow being in Doctor Strange in the Multiverse of Madness. He could just be in the background of a scene for all I care, I’ll come up with an entire backstory for him.

Since the dawning of Evil Dead, Sam Raimi and Bruce Campbell have had an interesting relationship—meaning that Raimi has just consistently put Campbell in movies that appeal to Ash himself. From Raimi’s Spider-Man trilogy to Oz the Great and Powerful, their relationship has been one of joy for fans. Seeing Campbell showing up in Raimi’s work is just part of the duo’s charm.

The thing about Bruce Campbell is that I would watch him read me the titles of the entire Marvel Cinematic Universe, and I’d probably pay over the price of admission to see it.

On the other hand, there is a part of me that doesn’t want this, because I’m not a fan of Stephen Strange. I have my problems with him as a character, but the more I learn about Multiverse of Madness, the more it piques my interest, and honestly, who out there wants me to eat my words about Stephen Strange? Is this his doing?

We know the bare minimum about Doctor Strange in the Multiverse of Madness. Wanda Maximoff is going to be there, it’s going to be horror-esque, and Sam Raimi is directing now. That’s all we have, and honestly, it’s a little frustrating. Or maybe that’s the point, since the movie is very clearly going to be taking on the multiverse, but I’d be even more excited if it meant that Bruce Campbell and Sam Raimi were teaming up once again.

Could this be a hint, or just Campbell throwing his hat in the ring with his good friend? Can his “villain” have a hot chainsaw arm just for me and the nostalgia? Who’s to say? But I do have a feeling that even if Campbell isn’t a major player in Doctor Strange in the Multiverse of Madness, he will still be in the movie in some capacity.

And knowing that Bruce Campbell could be in the Marvel Cinematic Universe in any way is, honestly, enough for me.