Brooklyn 99 Attempts to Handle Copaganda in Its New Episode 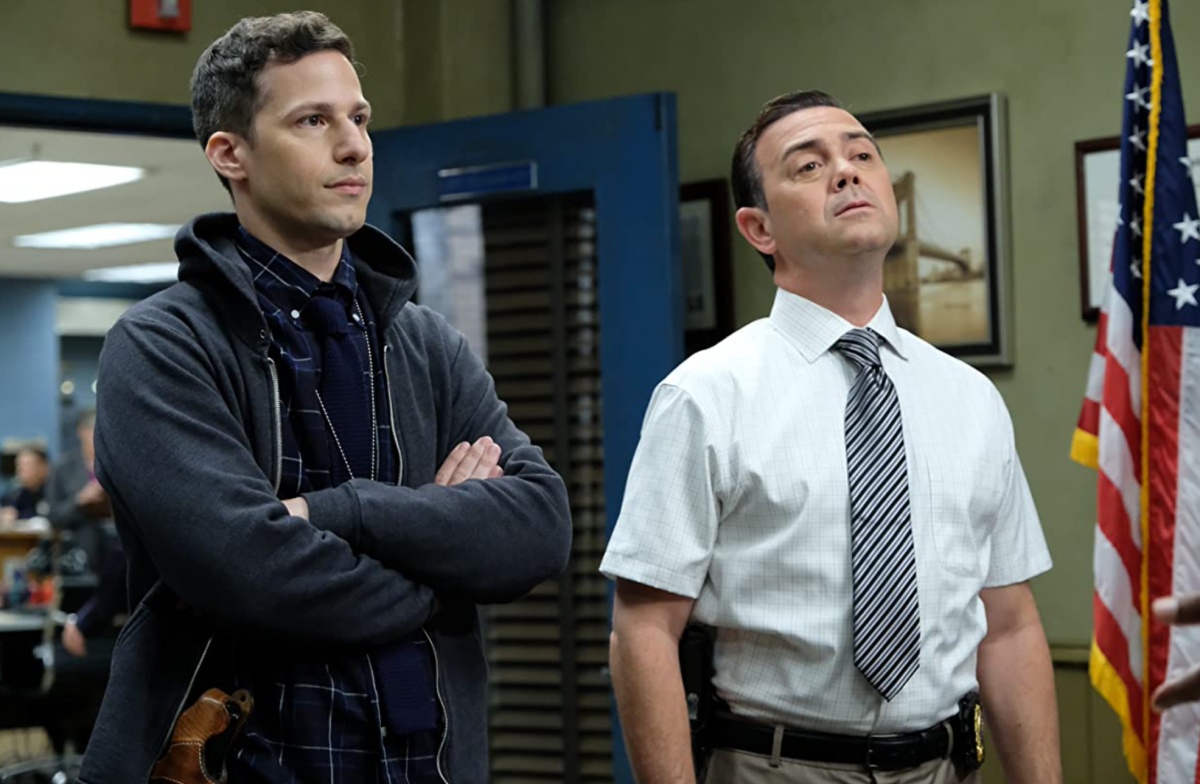 During the George Floyd protests, many cop shows (both dramas and comedies) said they would address police corruption and the murder of Black and Brown people. Brooklyn Nine-Nine, one of the most popular cop shows out there, said that it would do the work, and in the premiere episode of its eighth and final season, it made its attempt.

Spoilers for Brooklyn Nine-Nine —“The Good Ones”

Before our cold opening, Rosa Diaz says that’s she is quitting the NYPD. Jake Peralta is aghast, and Rosa is his closest friend in the department besides Charles Boyle. They came up together in the academy and had a deep sibling bond. This episode heavily focuses on that bond being shaken.

Rosa has realized that with the murder of George Floyd, she wants to become a private detective and work to help victims of police brutality. When discussing this change, Captain Raymond Holt says, “It has nothing to do with us,” referring to the Nine-Nine because they are “the good ones.” That divide between good cops and bad cops is something the show attempts to handle with care, but it also has to validate that most of our main cast will remain cops.

Jake decides to help Rosa in a police brutality case and has to deal with the blue tape around them because of the police union and the chain of command that will bury the infraction. Jake’s former captain goes on a long monologue about why trying to remove the cops wouldn’t happen and isn’t worth the effort.

Both Rosa and Terry, in his side story with a white guilt-heavy Boyle, are forced to explain to their white friend why their behavior is inappropriate. Finally, Captain Holt explains to Amy how the past year has been hard as a Black man and a police captain, leading to the breakdown of his marriage. It was interesting how Amy, a Latina woman, has absolutely nothing to say on these issues. Her main conflict in the episode is worrying about how her dynamic with Holt may have changed since she was on maternity leave.

When Rosa has to explain what it feels like knowing her community is being targeted, one can’t help but wonder—have Jake and his wife Amy have this conversation? With Holt and Kevin (Holt’s now ex-husband), did Kevin not understand and empathize with his Black gay husband’s conflict? Without insight, it leads to more questions about these two interracial couples and whether they actually communicate about race. With Holt and Kevin, I would think they would.

But does Jake realize that his son could be one of the Latino males that get put in a lineup one day? Does Amy?

I ask these questions because choosing to address the Black Lives Matter movement and its effects on policing complicates the show’s racial and ethnic diversity. We have two Black male characters and two Latina women, with only Rosa deciding to leave the force. Holt, who has dealt with being Black and gay, gets to have an emotional scene, but Amy shows no hint of solidarity in that as a Latina.

Do I expect Brooklyn Nine-Nine to become an after-school special? No. But if we are meant to have an honest discussion about what it means to be one of “the good ones,” then it needs to be able to hold up to its own expectations.

I’m glad they said something, and I’m hoping that it’ll last more than one episode (the second episode, “The Lake House,” does not follow up any of those threads). Until then, I will keep holding faith in the show.