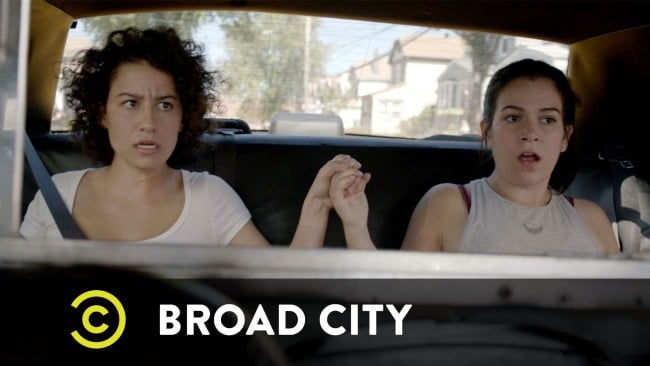 While the duo gave us their uncensored reaction to the inauguration in a short clip recently, Abbi Jacobson told Elle that she and Ilana Glazer had rewritten parts of the upcoming season in response to the election. Basically, winter is coming to Broad City:

“We want to do a winter season—it’s pretty much always summer on the show. It’s happening at a good time too, because during the winter it tends to be a little more sad. I think we are going through an interesting time in our country starting from today, and I think the show will reflect that.”

“They’re not like political geniuses or anything,” Jacobson says about their Broad City counterparts, “They’re figuring it out and how to become more politically evolved.” I imagine many can relate to this being in that situation of not really knowing where to go from the election, to growing into a more politically active individuals. The end of their inauguration clip ended with the two talking about figuring out who their representative are, so maybe we’ll even see the two of them protesting! The two characters did spend some time at the Hillary Clinton campaigns’ headquarters, though, so I’m sure they aren’t totally inept.

Tackling this topic head-on also brings up other conversations about privilege, to which Jacobson says, “We are still white girls making this show and the show has an opportunity to speak to more than that. We can’t help that, but we can try and tell other stories and be more inclusive.” Broad City comes back in August.