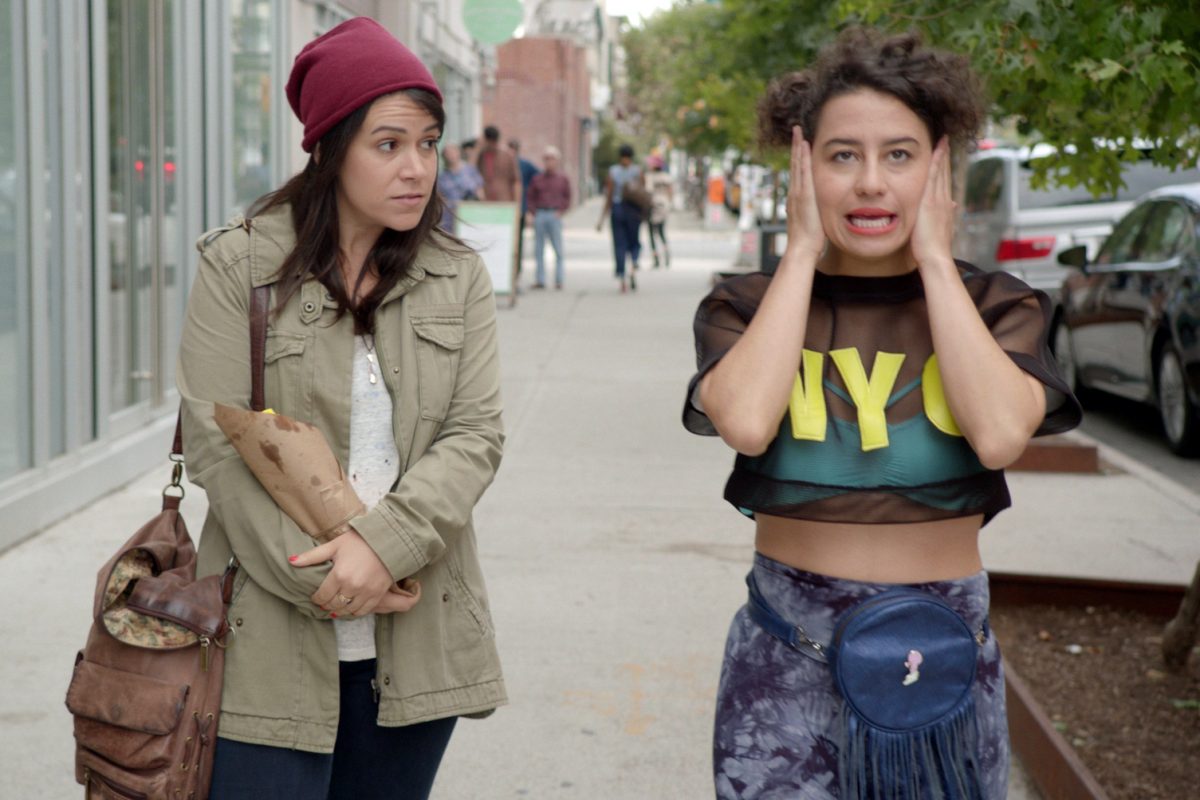 Broad City star Abbi Jacobson’s new memoir, I Might Regret This: Essays, Drawings, Vulnerabilities, and Other Stuff, was released today. In the book, Jacobson talks about Broad City‘s origins as a web series, which led to it becoming a cult hit series on Comedy Central. But before it landed at the network, Broad City was in serious contention at FX.

FX ordered a pilot episode of the show, and Jacobson and Ilana Glazer spent a year rewriting the pilot for the network before FX ultimately decided to pass on the show for the most banal, sexist reason. Jacobson writes,

“After we got to a place we all felt good, it was handed up to the man in charge, the man we never met, the man at the top. He’d probably never heard of us, the show, or the year we’d been in development, and he wasn’t into it. It was, as we were told, ‘too girly.’ So, they passed. We were devastated. This thing that was once so far-fetched has actually started to come to fruition, and then was abruptly taken away.”

Jacobson’s experience is all too common for female writers and creators in the entertainment industry. Selling a television series or a film is not as simple as convincing one executive to like it. The development process (often referred to as ‘development hell’) requires kicking a project upwards through a chain of command until the people at the highest level of the company have to finally sign off on it. This means that a writer could spend upwards of a year developing a script for a network (a process which is usually unpaid) only for it to come across a top executive’s desk and summarily dismissed.

This structure of gate-keeping takes a toll on all marginalized writers. Even if you find an executive passionate about telling diverse stories, their efforts are often hamstrung by higher-ups who are (more often than not) older white men uninterested in newer, diverse voices. Jacobson takes the system to task, saying:

“Call me crazy, or naive, but this seems counterintuitive, outdated, and like a complete waste of time. Do I sound annoyed or heated by this snub, over six years later? Maybe, but because I’ve been in the game a minute now and it keeps happening like that. Development for development’s sake. Hard work kept at a certain level, aimed and focused in the direction of what the big boss’s reaction might be. All to please one person. I suppose that’s the vision of any given network, but that’s a tough battle to win.”

Luckily, Broad City had a powerful ally in executive producer Amy Poehler, who helped the series find a home at Comedy Central. Jacobson wrote, “I am so thankful FX passed, because we then took our misunderstood, ‘girly’ script over to Comedy Central and they got us completely.”

The fifth and final season of Broad City premieres on January 24th.