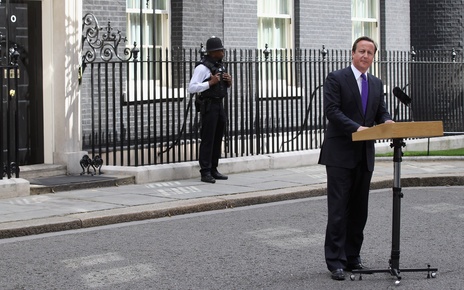 Earlier this month, when the London riots were in full force, the Prime Minister David Cameron entertained the idea of restricting social media interactions because the networks were being used to organize attacks and perpetrate other illegal activities. Now, a few weeks later, the decision has been made to abandon those plans and leave social media networks untouched. After talks with representatives from Facebook, Twitter and RIM, it was announced that the government would “not seek any additional powers to close down social media networks.”

It seems that this decision comes after a lengthy discussion of the role of social media in the riots and the generally positive effects — dispelling dangerous rumors and disseminating useful information — they can have in addition to the negative ones. Although the British government is not seeking any additional powers, law enforcement agencies are still working hand in hand with social networks in instances where intent to perform criminal activity can be proven, so even though the networks are operating untouched, it is still inadvisable and stupid to use them for illegal purposes, but you should know that already.

(BBC via The Atlantic Wire)