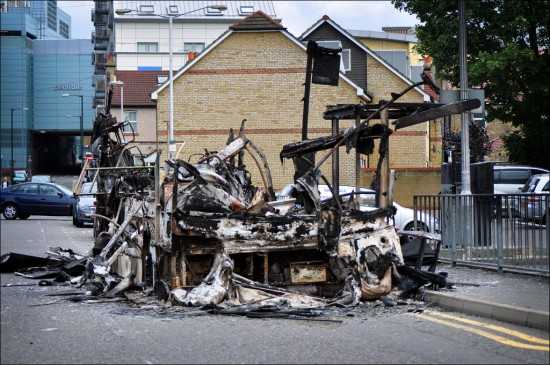 The recent riots around London shocked the world, and the media was quick to pick up reports that rioters were using social media platforms such as Twitter to stay one step ahead of police. According to the Guardian, UK Prime Minister David Cameron has announced that in response his government will seek a means to ban individuals using such services for nefarious means.

Speaking to the House of Commons, Thinq_ quotes Cameron as saying:

Everyone watching these horrific actions will be struck by how they were, organised via social media. […] Free flow of information can be used for good. But it can also be used for ill. So we are working with the police, the intelligence services and industry to look at whether it would be right to stop people communicating via these websites and services when we know they are plotting violence, disorder and criminality.

Cameron added that the Home Secretary Theresa May will be meetings with RIM, Facebook, and Twitter representatives to discuss the matter. Though this is the first announcement by Cameron, it comes after several arrests were already made for inciting violence via social media. The Guardian says that three people have been arrested in connection with their use of the BlackBerry Messenger service, and other arrests have stemmed from inciting violence through Facebook.