British inventor Colin Furze is building a gigantic fart machine and fake butt to put it behind so that he can point it at France. Why? I’ve reached out in an email asking exactly that, but have not had a response yet. For now let’s just work under the assumption that it’s because farts are funny, so giant farts should be even funnier.

So what exactly is this fart machine and how does it work? It’s a pulse jet, which is a type of jet engine in which combustion that powers the engine happens in pulses. It’s what gives the pulse jet its name, but also what produces its comically fart-like sound as demonstrated in Furze’s video above. Here is a diagram detailing the process of combustion that also looks like it could detail the process of farts. 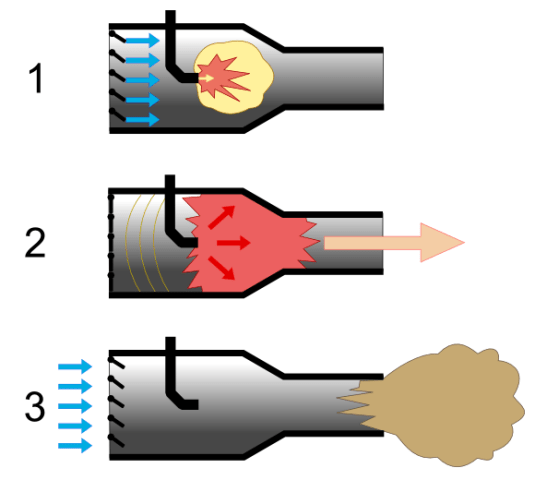 Furze is going to take his fart cannon up to the Cliffs of Dover where he says it’s been reported that people could hear artillery fire from France during “the war” (he’s not specific in his YouTube description, but we’re assuming WWII.) If sound travels one way, Furze seems to reason, it should travel the other. Furze claims in the video’s YouTube description that he plans to fire his fart foray on July 24th to see if France can hear it.

Meanwhile, the French government has released this official statement that is definitely not just a Monty Python GIF.