How does one petition the Olympic Committee to add a sport? 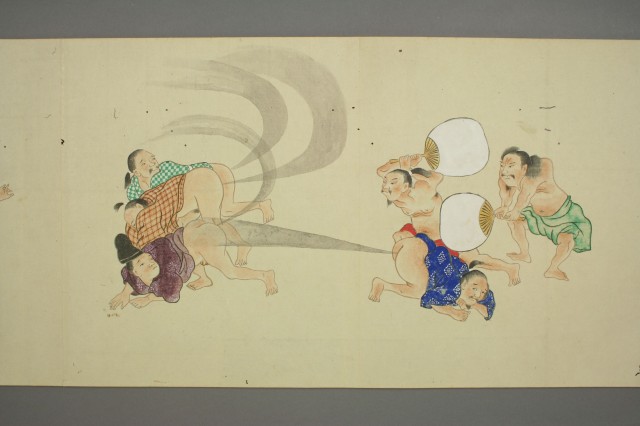 Let’s talk about farts. Specifically, fart battles as depicted in these hundreds-of-years-old Japanese “he-gassen” scrolls. They’re a real thing, and they might be the best real thing we’ve seen today. Check out some more examples below.

Besides just being incredibly fun to look at, because farts being funny is as much a universal constant as the speed of light, he-gassen scrolls also served some political function in their day. They were sort of like New Yorker cartoons—but with farts. The joke, according to Dangerous Minds and The Daily Mail seems to be that at the time, Japan’s view of foreigners wasn’t a favorable one.

This, but in Japan.

The scrolls were done sometime in the Edo period between 1603 and 1868 when the rule of the Shogun was ending, and the rest of the world was looking to Japan as a new trade option. This led to a period of distrust by many people in Japan towards foreigners.

Just how unfavorable was their view of foreigners? They made scrolls showing themselves blasting foreigners away with their farts. 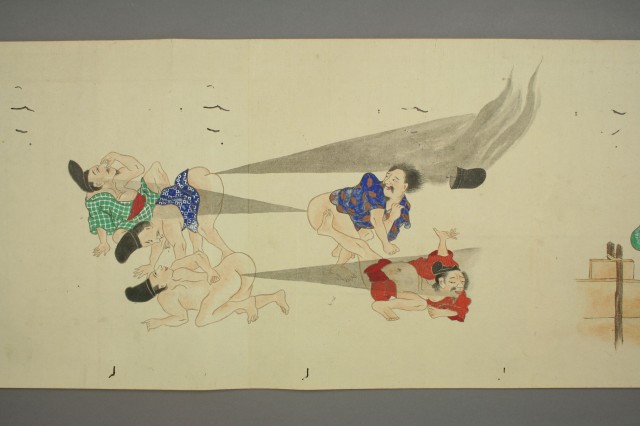 Their farts could break through walls. 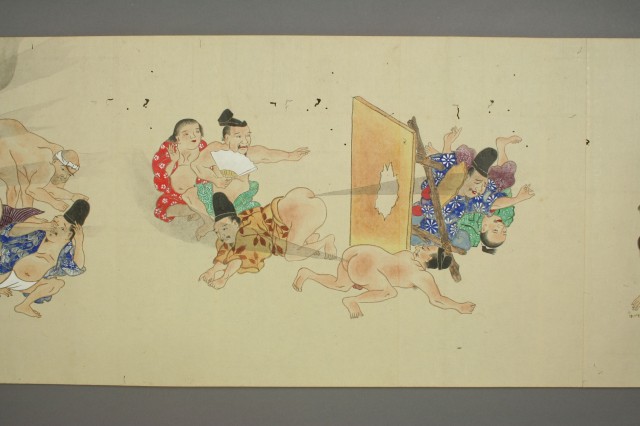 There was even collateral fart damage. That horse didn’t sign up for this. 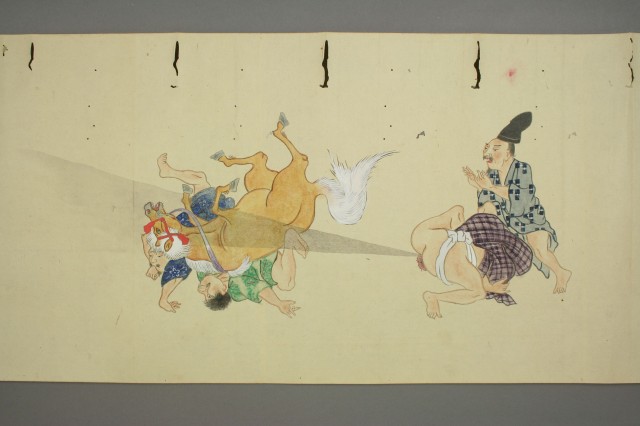 He-gassen farts were so powerful they could uproot trees! 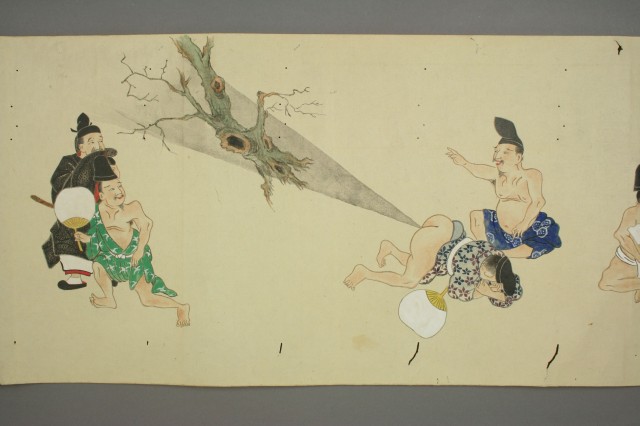 And because the Internet loves cats, here’s a segment of a he-gassen scroll showing a cat launched into the air with fart power. 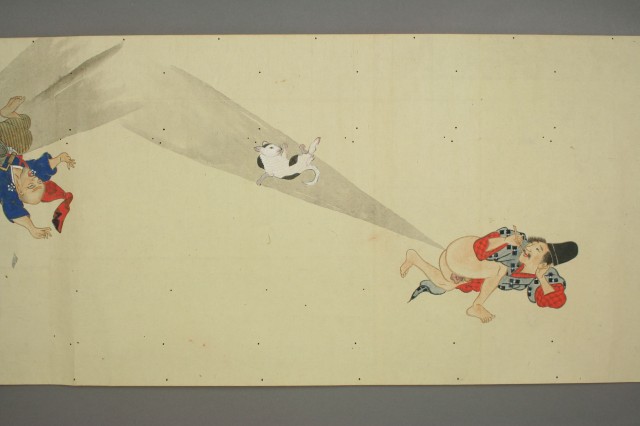 These are all taken from the same scroll preserved online by Waseda University in Japan. You can see it in its entirety on their site. These are just some of our favorite moments. There’s some writing at the end of the scroll, but we can’t read it, and our efforts to make Google do it for us have been in vain.

If you can translate, feel free to drop us a line at [email protected] In the meantime, let’s all just laugh at how funny farts can be. 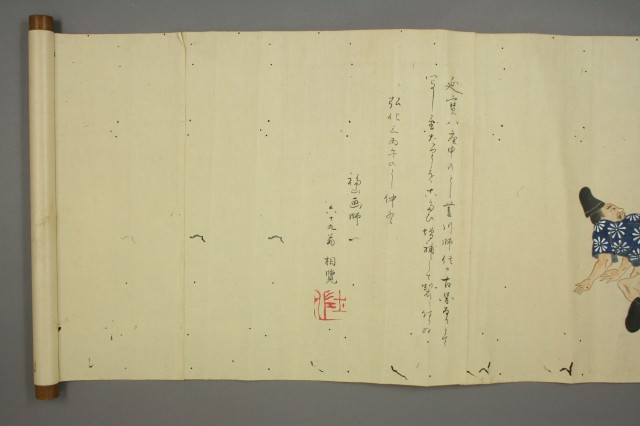 (Dangerous Minds and The Daily Mail, images via Waseda University)