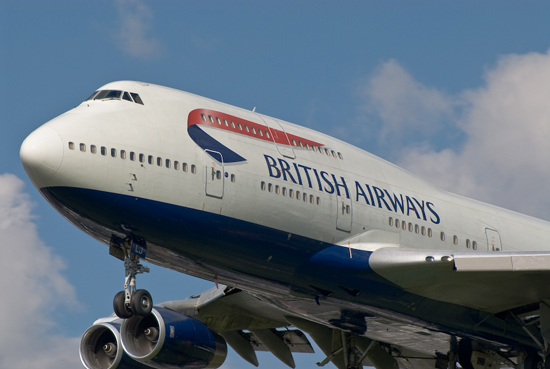 There’s nothing quite like being approached by complete strangers that know everything you’ve ever posted on the internet. It’s even more creepy when they specifically target, say, your previous flight experiences. That’s essentially what British Airways is looking to provide: Personnel that are caught up on your past flights, know you by sight, and are willing to engage you on these things. To this end, their “Know Me” program will see staff using Google images to try and put a face with the name. Cue creepy interactions.

The airline will combine data they have with their internet research to instill a false sense of familiarity. If say, you’ve had some bad experiences with the airline previously the crew — that you’ve never met — will know and apologize for the unfortunate circumstances surrounding the past annoyances. Likely enough, this will include some rote lines that won’t admit fault while trying to be earnest.

The Evening Standard has Jo Boswell, head of customer analysis at British Airways, saying the following:

We’re essentially trying to recreate the feeling of recognition you get in a favourite restaurant when you’re welcomed there, but in our case it will be delivered by thousands of staff to millions of customers. This is just the start — the system has a myriad of possibilities for the future.

With what amounts to intelligence dossiers on passengers, perhaps this goes above and beyond the feeling of recognition one receives at restaurants. If you can’t create a natural bond, why not simulate one? Something feels inherently wrong about being instructed to pretend like you know your customers.

(The Evening Standard via Slashdot, image credit via Peter Russell)