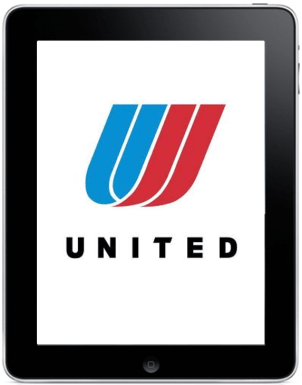 United Airlines is launching a new program to equip their entire pilot staff with 11,000 iPads as part of a plan to produce a potentially paperless cockpit. The purpose of the iPads is to store digital versions of flight charts, manuals and other reference information of which pilots currently have physical copies. Now that in-flight Wi-Fi is ubiquitous, pilots will also have the Internet at their fingertips.

This new, “electronic flightbag” concept is catching on at other airlines as well. Alaska Airlines, Delta and British Airways have all launched pilot programs (Ha!) with similar goals. The Next Web quotes United’s senior vice president of flight operations, Captain Fred Abbott as saying the following about the program:

The paperless flight deck represents the next generation of flying. The introduction of iPads ensures our pilots have essential and real-time information at their fingertips at all times throughout the flight.