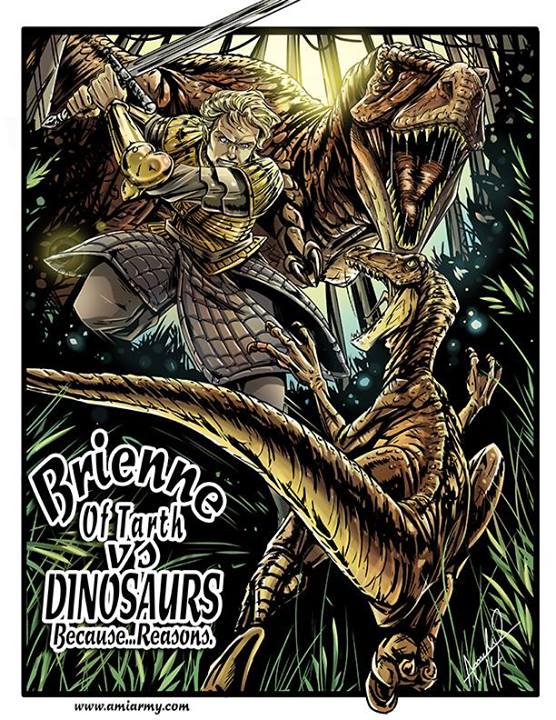 Lisa on our Facebook page brought this to our attention and we’re so glad she did. Artist Amelie Belcher writes, “Sometimes you just need to take a few hours out of your life to draw Brienne of Tarth fighting dinosaurs. You know…to keep you from going crazy.” We like the way you think, Amelie.

Brienne of TarthdinosaursGame of Thrones